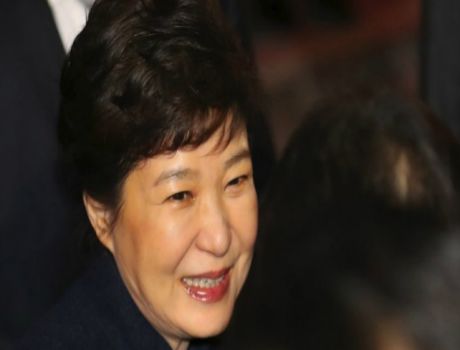 South Korean prosecutors summoned ousted leader Park Geun-hye on Wednesday for questioning next week about a corruption scandal that led to her dismissal as president, the prosecutors’ office said.

The Constitutional Court dismissed Park from office on Friday when it upheld a parliamentary impeachment vote over an influence-peddling scandal that has shaken South Korea’s political and business elite. Park has denied any wrongdoing.

Park would cooperate with prosecutors, the Yonhap news agency cited one of her lawyers as saying earlier on Wednesday.

The lawyer, Sohn Beom-gyu, told Yonhap Park would “actively cooperate with the investigation as long as her situation allows”.

Her lawyers were otherwise not available for comment. Park had said when she was president she would cooperate with prosecutors wanting to question her but later declined. She is South Korea’s first democratically elected president to be removed from office.

Park left the Blue House presidential compound in Seoul on Sunday to return to her private home in the capital as an ordinary citizen, stripped of her presidential immunity that had shielded her from prosecution.

She said through a spokesman on Sunday she felt sorry about not being able to complete her term but, striking a defiant tone about the prospect of facing an investigation, also said the truth would come out.

Park has not made any public comment since then. A special prosecution team had accused Park of colluding with a friend, Choi Soon-sil, to pressure big businesses into contributing to foundations set up to support her policies and allowing Choi to influence state affairs. Choi also denied wrongdoing.

Jay Y. Lee, the head of Samsung Group, South Korea’s biggest conglomerate, is on trial on bribery, embezzlement and other charges in connection with the scandal. Lee, who is being held in jail, denies all the charges against him. Samsung also denies any wrongdoing.