Just Carmen is the recording name for Carmela Maria Messi who was born in a province close to Taranto in Italy. It is without doubt the force behind her drive is her close ties with her mother, father, brothers and sister. 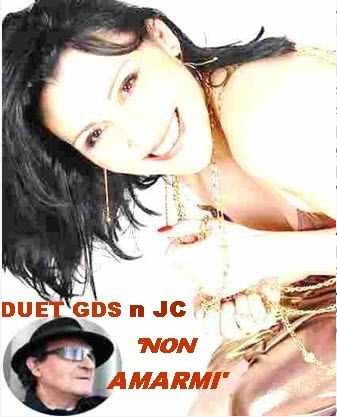 It is said in Taranto that Just Carmen learnt to sing before she was able to talk, accentuating her passion for the arts and music. Her paternal grandfather was a bandleader in Southern Italy and a poet. Her early life was spent regularly in a family where picnics and music played a substantial part.

At the age of three, Just Carmen sang her first song in public to the pride of her parents. To be a renowned singer and artist was her dream from the beginning. At the age of eighteen, Just Carmen took the biggest gamble of her life by renouncing an academic life for one of the Stage and moving to the Italian capital of Rome.

It was a move involving considerable courage and criticism but one which eventually came to success.