In 1993 I started my political career running for Senate in the ‘Molise Regional Elections’ in 1996 whereby I came second. 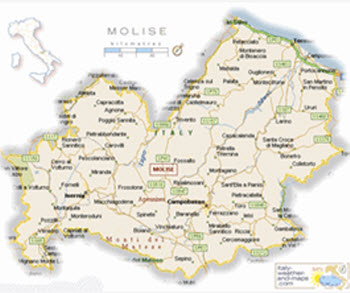 Firstly I will focus on Italy, however, I may also run in the European elections, as there is nothing to stop me, neither is there anything stopping me from running as a candidate in the UK.

‘In 1997 together with H.E. Ambassador Fabrizio Rossi Longhi and other supporters I formed and constituted Partito Nazionale Italiano with a view to entering the political arena in Italy after my 1996 Italian senate campaign. In 1999 with the advent and progress of what was then Forza Italia I declined all offers of associating the party or for campaigning since the main policies of my party where encompassed within Forza Italia. 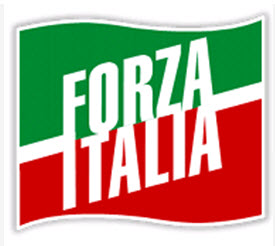 The political situation in Italy has regressed. So many members of Parliament are far more interested in the private lives of Italy’s most influential post war political figure than national progress.

I am thus at this crucial time re-entering the political arena because I believe that the Italian public are tired of the private lives, idiosyncrasies and peccadilloes of those that are elected to Parliament. I believe the Italian public is interested in far more important and maybe mundane matters such as education, healthcare, pensions, and a standard of living commensurate to their needs.

So I want to make matters very clear. The aim of my party will be directed at four main areas only and I will deal with the others in due course:

(1) Free education to university level for all Italian citizens with the word ‘free’ taking its literal sense and as such I appeal to all students to support this party and to register with us because only in unity can we achieve what was once the aims of all parties, namely, a free education.

(2) Free healthcare for all citizens under the age of 18 and over the age of 60 with the word ‘free’ taking its literal sense and thus I urge all those over the age of 60 to support and register with us in order that again we can achieve what was once the aims of all parties but somehow has been abandoned almost like a bride at the altar sacrificed to other ideals that bring little to no benefits to society.

(3) Review and control on immigration until such time as employment for those currently living within Italy has reached the maximum levels and the reasons for such are easy to understand:- there is no point in inviting guests to your home when you have no seating capacity or ability to host them properly.

(4) Review of taxation in order that all those with assets abroad are inspired at repatriating assets and allowing entrepreneurs the incentives at forming companies and creating employment with the minimum of bureaucracy.

So far as other matters are concerned for my part we must concentrate on issues that affect the average everyday citizen and their right to be able to house, clothe, feed, educate, cure them and their families must remain a priority.

I thus invite all those that are affected by the absent policies currently endorsed by most parties to register with our party because only in unity and strength can these goals be achieved. The student riots and protests and other such actions can only be effective if diverted and directed into a political movement with an objective.

For these reasons and for the inertia and impotency of current politicians it is necessary to take action and to enter the arena.’ 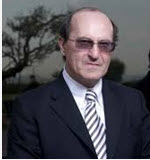 National Curriculum for all and meritocratic principle for both students and teachers, all will be able to access and attend college for free. The minimum age of leaving school without other career or training programs in hand will remain 18 and will be subject to attaining a minimum level of competence.

Every child has a skill and or ability, as a state we are responsible for finding that.

Reform of the health care system will be the hardest challenge in Italy, what price can be labelled on life and its duration, I say it’s priceless but, that does not mean the price paid by the citizen must reflect that priceless value.

Italy leads the way in medical research for cures to a number of diseases, the real problem is; most of this is done by Italians aboard, Italians who left their country.

Free is a word that must be used when discussing Health Care, total reform and quick reform is a must.

Having cleared the public debt we will not exceed the maximum tax rate of 10 % within a period of one year according to the principles of Catholic inspiration.

Priorities work to the citizens of Italian/European nationality and reform the workers bill of rights, tax breaks will be required to incentivize companies to be become more productive and employ higher numbers with modern market influenced contractual work.

The heritage of the state belongs to the citizens of any age. The state is the guarantor of economic autonomy and dignity of life assessed in the light of changes in the salary of those who are still in active service.

Unification of the interest in free enterprise, equally encouraged from Sicily to the Alps, in accordance with the priority needs of the Nation

The rights acquired by the citizens of the state must be granted without social discrimination but taking into account the contribution of each individual to the community.

Protecting well as economic and moral support to the progress of the nation’s artistic and cultural heritage that has made the country great Italian in the world.

Open to the east, without discrimination ruling, the European concept of full independence.

Increase the sports facilities to which young people will have free access and abolition of the SIAE for the sports organization.

Safeguard the environmental integrity to protect the quality of life of present and future generations, intensifying surveillance and tools to enforce it.

To grant a general review of all current inmates , except for high treason and crimes against human life by 31/12/2020 at the same time introducing stricter rules in a reformed system of unequivocal certainty in the interest of the people.

Facilitating the interest of the European nations for independence united Europe, while maintaining their relative autonomy and sovereignty in vocations policies.

Progressive replacement of the NATO military structures under the command National and European level.