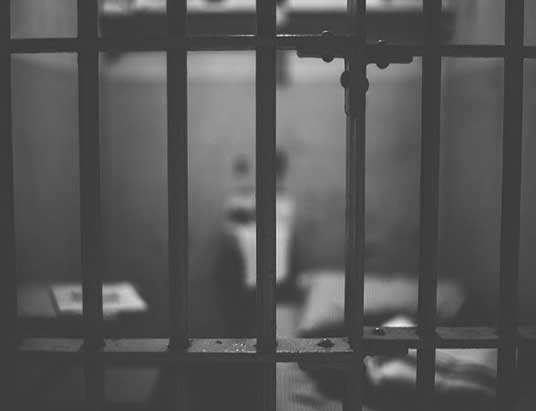 The situation of prisoners in Icelandic prisons has been under much discussion lately. We read stories about white-collar criminals serving their sentence in single-family houses at Kvíabryggja, hear that prisoners can surf the internet at will and even serve long sentences outside prison. Is this the reality of Icelandic prisoners?

A great awakening as to if it is not high time to approach imprisonment as betterment rather than punishment has begun. Most of our neighbour countries have taken up a prison policy simply called betterment. It entails prisoners using their incarceration to work out their issues, learn new ways and hopefully change their lives to the better. It gives them the opportunity to return to society after their imprisonment as better people. This is of course a gain for both the prisoner him- or herself and the whole society.

Punishment is the norm in Iceland

In Iceland, the governmental policy of changing out punishment for betterment has not yet taken root. Betterment entails that prisons offer participation in many character-building activities and give prisoners access to specialists in hope to help them and to return them to society in a better place. Access to education, vocational training and hobbies plays a great part in that. Steps in that direction have been taken in this country but we still have quite a ways to go. Prisoner facilities leave a lot to be desired and they have been investigated and criticized by various parties, including The Icelandic National Audit Office, Afstaða, and the United Nations.

Afstaða is the society of prisoners and other interested parties on better prison policies and prisoner betterment. Every day, the society campaigns for prisoner rights and lobbies the government. They are the foremost spokespeople for betterment in Iceland and hope for the Icelandic government to take up the policy with the goal of reducing return prisoners and building up individuals to actively participate in society. Despite the steps already taken towards betterment in Icelandic prisons, a person is still sentenced to be punished, for example, and nowhere in the legislature betterment is mentioned. According to them, the education offered in prison is in reality very limited and financial assistance towards the cost of education is limited. The access to education also varies according to prison and in that, the prisoners are being discriminated against.

The assistance offered to prisoners by psychiatrists and psychologists is also very limited, which is not acceptable, as many convicts require regular treatment. At the end of 2015, Vísir ran a story where it was revealed that no psychologist was employed at Litla Hraun and that due to lack of personnel and knowledge the individuals suffering from mental difficulties are placed in isolation.

In the year 2014, 159 prisoners were serving prison sentences without parole inside or outside prisons in Iceland and of those, 84 had served time before. The Nordic countries have done extensive research into betterment and its effect on society. The effect of betterment on the Nordic countries is indisputable and has not only lowered prison return rates but also reduced crime, as well as lowering the costs of police, prisons and courts. Revenue has increased in the form of taxes and the cost of prisoner disability payments has gone down. Today, the return rate for prisoners in Norway is around 20-25% while Iceland, along with other countries practicing punishment, has on average a 50% return rate. Afstaða also believes that there might be a discrepancy in the numbers as incarceration in Iceland is not counted as a return if more that two years have passed since the individual was last imprisoned.

A large number of prisoners come from a socially difficult background and many have never found their footing in life. According to numbers from The Icelandic Prison Service, 40-57% of prisoners are between the ages of 21 and 30, 90% are male and 75% have only completed primary education. Many have never even entered the labor market. It can therefore be extremely difficult for these men to find their footing after imprisonment with little to no education and perhaps no experience. Today, little to no work rehabilitation, training or guidance is offered after incarceration. Afstaða, in their policies, place great emphasis on prisons graduating tradesmen, for example carpenters, painters, plumbers or chefs, instead of 60% of prisoners being released as disabled after imprisonment.

Is community service or digital imprisonment a better solution?

Afstaða has suggested many solutions to the problem in its policies. The organization does not only want to improve the situation of prisoners in prisons, they also want to explore further options of community service or digital imprisonment. In order to prevent the damage traditional imprisonment can cause, including loss of employment, of family or friends, of falling into the wrong company, and more, they believe it to be more successful that individuals, and in particular younger individuals, never enter the prison system. Many times young and impressionable individuals with minor sentences have gone to prison and there have met men not on the path to betterment. They might even look up to these men and get dragged into more serious crime after they have served their time.

Why build a new high-security prison?

In Iceland, there are five prisons capable of housing 136 prisoners in total, including prisoners serving their sentence and in detention. Over the last few years the number of sentences passed has both grown and become longer in Iceland. The prison system is therefore under great stress and yet, prison space has not grown to keep up with length and number of sentences. A waiting list has therefore appeared and many are waiting to serve out their sentences.

A new prison on Hólmsheiði is slated to open this year however and many have voiced their criticism on how the prison was constructed. Here, many say, was a perfect opportunity to take up betterment and build a modern prison. Instead, we built a high-security prison. When this prison comes into operation, only just over 20% of prison space in Iceland will be in open prisons, and a great majority will still be in closed ones. A long stay in very enclosed spaces can damage a person’s sense of distance and increase isolation, which can be very destructive. Therefore, more open prisons have been built all over the world, for example, with large windows and in close connection with nature in order to increase prisoners’ connection with the world and to increase productivity.

It could be argued that today prisoners are merely being “stored” while they are serving out their sentences. We can’t hope for individuals to improve and to get the help they need if the tools are not available. Prisoners need to be given the opportunity to work out their issues, set goals and then work actively towards them. This is an important cause that affects society and all within it. Isn’t betterment for the best?

Originally published on previous site 27 May 2016