2003, was in many ways the year that I took my eye off the ball. Just over 30 years in the service, and riding high on the success of two of the greatest, criminal cases in British history – John ‘Goldfinger’ Palmer and Nicholas Van Hoogstraten – those were what one would really, call ‘wow’ moments. 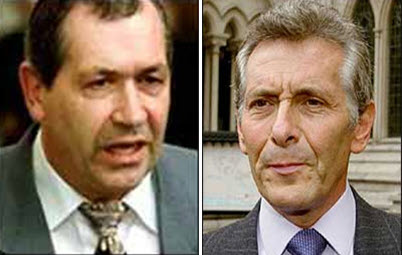 I did not want to do any other cases after 2002, but I was told it was necessary because I ‘had to be ready for Iraq.’ I knew from 1998 that Iraq was a target but after 2001, and the completely absurd attack on Afghanistan, I really, thought that Iraq would be adjourned ‘sine die.’

I made clear the position, that my continuing undertaking of legal cases would place me in a position which one day, I may have to defend. I even sent a memo to that effect. I argued, how it could be possible that I could enhance my legal practice and be in Iraq or, Kabul or, whatever Middle Eastern Country? The answer was, not to worry.

Now, when someone tells me not to worry that is the very time one should not only worry but, be on mass alert.

The bombshell came on Friday 14th February 2003. It was truly a Valentine’s Day gift direct from David Manning. I was told that ‘soon’ I would be required to defend Saddam Hussein and four others in his regime. 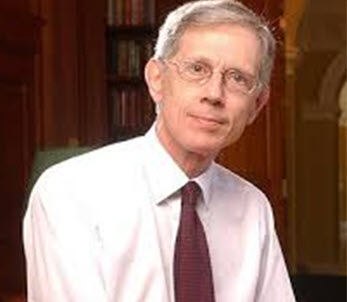 I remember asking myself how the hell I could defend a man in Iraq who was President of a country that was not even indicted, but preparations started and that year – in fact, in early March, before the attack on Iraq I was elected to the New York State Bar and, have been a member since.

I wanted, though, a deal with the Labour Government. I was on the front line since 1972 and wanted to ensure I would not be subject to political blackmail via any tax return. The money paid to me by John Palmer and Nicholas Van Hoogstraten was re-paid to them. The only ones who made money out of the cases I ran were the English Barristers and Solicitors and how they made money by golly gosh. I worked a deal with No 11 Downing Street that the next tax year they would zero my taxes because I was a foreigner and not resident in England. That satisfied me but I still had a funny feeling in my stomach.

For some time since the Serbia mission, I was not happy with the way things were going. It was getting too risky. On a few occasions, I was almost killed in Serbia, and, but for the grace of God during the NATO bombing, I was not blasted to Kingdom come. I was totally against the Serbia attacks but, I remained there and protected as many civilians as possible, and, of course, the family of my Consort.

I did not like the way the Security Services were heading and, I have to say Dearlove was of similar mind, so much so that in 2004 he left utterly disillusioned as did, also, George Tenet the CIA Director.

In the meantime, my orders were to enhance my law practice and, a good friend of Harold Shergold arranged for the BBC to do a documentary on me and Hard Talk. I know that it was a double-edged sword and I was right as history would prove but, I followed orders.

I enhanced my practice and collected an assortment of clients, most of whom I did a great job. The publicity arranged by the SIS made me a legend, a feared lawyer, and the obvious choice for World dictation to choose because I was publicly anti-British and successful at it.

A few days after the attack on Iraq, one of the tabloids carried an interview with me saying, I would defend Saddam Hussein, and a year later the call did come in from Jordan that President Saddam Hussein wanted me. 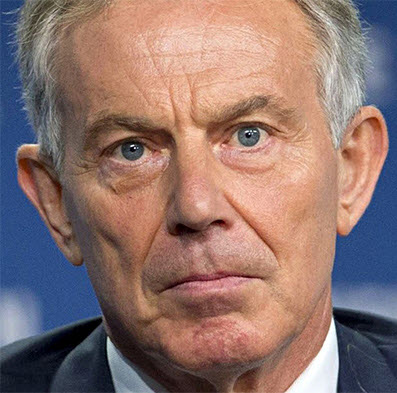 On Tuesday, 18 March 2003, at 12.35 pm, Tony Blair killed off the proceedings when he stood up in Parliament and convinced a dubious House of Commons to vote in favour of an attack on Iraq with the United States. The UN Security Council did not oppose a second resolution that would have legitimized an attack, but Blair had been promised by Bush that after everything was over and, both out of office, if Blair backed him in his time of need ‘the financial institutions in the US would stand by you also, shoulder to shoulder, in your future expectations.’ That is where the term ‘shoulder to shoulder’ was formed. Bush was guaranteeing Blair a financial future. It was an offer he could not refuse and, Bush has kept his word. 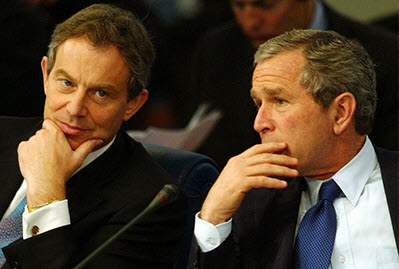 The news of an attack on Baghdad was making the rounds long before any bombs fell. However, as bombs began to fall on the capital of Iraq a phone call came into the HQ of MI6. An intermediary whom I had met in London in 1989 giving him a lift in a private jet I had used on a journey from London to Tunis, where I met the charismatic Yasser Arafat. I had kept in contact and received a call myself and told him whom to call. 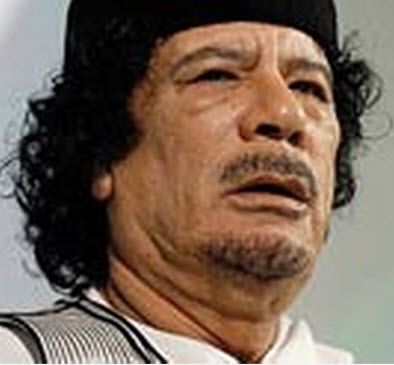 The intermediary was relaying a message, from a very nervous Colonel Gaddafi, who arranged for his son Saif to meet with the British Government. 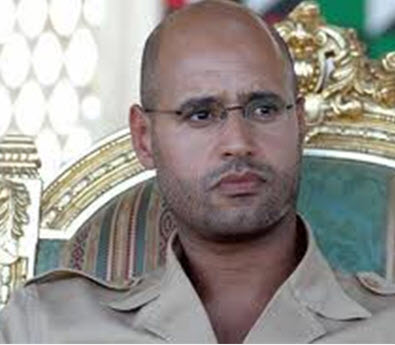 I had met both, Gaddafi, Saif, and Gaddafi’s daughter, before, and for some unknown reason, they trusted me. But, neither, Gaddafi or any of his children liked, nor trusted, any member of the Security Services. I guess that was because they were aware of the conduct of their own Libyan Secret Service that they thought all agents were devils.

The message though alarmed MI6 because Gaddafi Senior wanted to discuss ‘Weapons of Mass Destruction.’

David Manning at 10 Downing Street, on behalf of Blair, told MI6 to go to Libya, and at that time the first bomb fell on Baghdad, a plane took off from Brize Norton to the airbase in Libya.

Two MI6 officers were on board and after a stop in Paris, to pick up another person, the plane continued where the meeting took place in Sirte the strange desert base of Colonel Gaddafi.

Gaddafi made clear that he was worried that after Saddam and Iran, he would be next on the list. But Gaddafi was being clever because he was trying to buy his way back into the favour of the US/UK by offering, there and then, to give up a weapons programme he thought – wrongly – no one knew about. But, I, for one, knew about it for a while and, so did the CIA and the SVR. The supplier of the programme was the controversial Pakistani arms supplier A.Q.

That night the mission was headed by MI6 Chief Officer Mark Allen and, Gaddafi confirmed, all negotiations for dismantling the Libyan arms programme would be headed by his spy Chief Musa Kusa. Gaddafi did not fear the British, but he did the Americans. Gaddafi said, his only condition was that the Americans had to be on board. 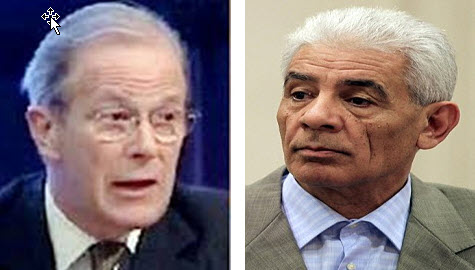 Three days later Mark Allen flew to Washington with Dearlove and, in a breach of protocol, Dearlove briefed Bush personally. Bush assigned Steve Kappes from the CIA to work with Mark Allen on talking to Gaddafi. 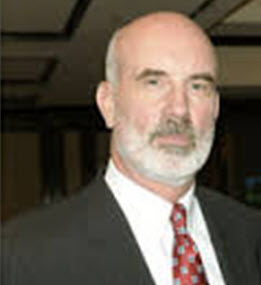 It would have been better had I dealt with it because Gaddafi simply did not trust Mark or Steve. The Libyans did not want to divulge all their network and what arms had been supplied by A.Q. Khan, just in case the US/UK would walk away and attack Libya anyway. Mark and Steve reported back that because Gaddafi was not giving full and frank disclosure ‘nothing doing.’

This went on until 19th October 2003, when an unmarked plane left Northolt headed to Tripoli with a few specialists on board. Despite being taken around a few sites and coded messages relayed to Langley and Vauxhall Cross at night, the Libyans simply were too distrustful of the US/UK. Musa flew to London and met with Mark Allen and Kappes, but no real deal could be reached. I offered to mediate but Kappes said to me ‘Gaddafi will be your next client to defend after finishing off Saddam.’

I spoke to Saif Gaddafi and warned him that if his father failed to cooperate properly, the consequences would be serious. I remember thinking to myself, I had used the same phase as Bush had to Saddam. ‘Lying down with dogs infected me not only with fleas but verbal diarrhoea.’

On the 9th December 2003, the Libyans agreed to another inspection and, this time there was greater cooperation. The biggest problems were though the disclosure of nuclear ambitions.

Things went from bad to worse, but a couple of days later everybody was pissed off. I called Saif and told him that things were going from bad to worse. Then a breakthrough. It seemed my phone calls had got the message through. Just before the 70-seater plane was about to leave Tripoli, on what had been a waste of time visit, the Libyans handed to the British Scientist, sitting in the front row seat, a stack of envelopes containing the plans for a nuclear programme given to Libya by A.Q Khan.

Dearlove called me himself and congratulated me, but I was still worried. Afghanistan, Iraq, and next Libya. Come what may where would it all end, I thought.

On 16 December 2003, making excuses to my family why I would miss my sons’ birthday, the next day a meeting took place at the Travelers Club in Pall Mall. 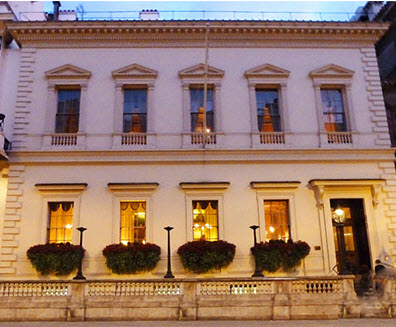 The meeting was full of distrust. No one could agree just how much publicity Gaddafi would admit and, the Libyans were terrified that Saddam Hussein had just been captured and, the whole meeting was on air of nervousness. Amidst that, I said, ‘hey, anything goes wrong, and I will defend everyone here on both sides.’

Two days after my son’s birthday on the 19th December 2003, and, hoping I would make another of my sons’ birthdays, on the 23 December, Blair spoke personally to Colonel Gaddafi on the phone. 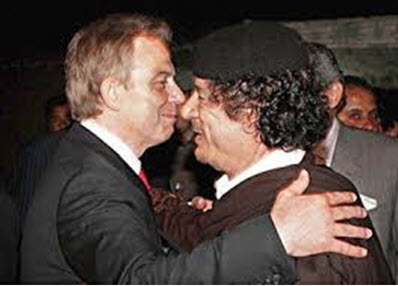 Gaddafi said he would publicly announce a deal on dismantling his nuclear programme, but only after he had finished watching a football game on television.

Gaddafi thought he was in the clear. I said to David Manning “Well that is one client less for me it seems.” The reply was sinister and frightening ‘no, Blair has just adjourned Libya, ‘sine die’ as you would say.’ He grinned.

Talk of betrayal! That day I realised that any agreement made with the US/UK was simply a way of them gaining an advantage and not worth the paper they were printed on.

I was proved right but I did not tell Gaddafi of that comment. 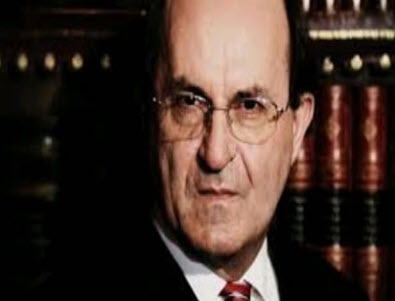 Giovanni Di Stefano is known as the ‘Devil’s Advocate.