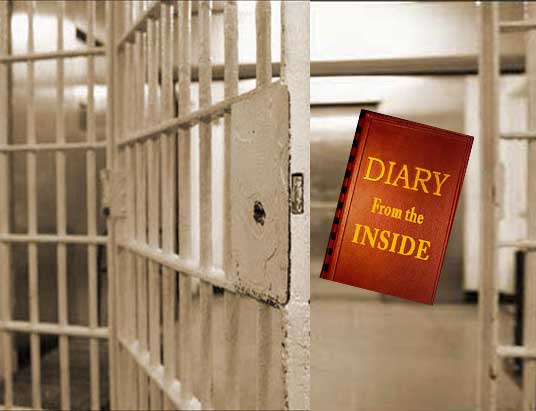 08.10 pm – Today, I have had to take some matters into my own hands and I have filed an ‘urgent measures’ application in line with Rule 47 of the ECHR. Tomorrow, I will be taking matters further with the Court of Appeal. Cannot allow my situation to simply float in the air, can I?

06.56 pm – Today, for the first time in 8 years, I felt a little bit normal. Do you want to know why? Because I typed up my ‘urgent measures’ application to the ECHR, and a senior officer went and faxed it to Strasbourg. So, why normal? Because, before, from prison one relies on the Royal Mail which means that my application would be received only late next week. Instead, it will be considered within 48 hours. That is what I mean by feeling normal. Doing something normal.

07.40 pm – Today the phones went down so I was not able to call as much. I had Caroline post on social media that on 2 January 2021 is the 50th memorial of the much-forgotten IBROX disaster that caused 69 deaths and 145 injured. So, I put forward the #peaceinsport. I hope Celtic and Rangers do commemorate the day.

07.46 pm – I fully support Ranvir Singh to win this years’ ‘Strictly Come Dancing.’ Who knows, next year I may just do the Italian version of ‘Ballando con le Stelle.’

09.41 pm Finally the penny has dropped, and, on Wednesday and Friday, back to Court. As Corporal Jones in Dad’s Army says “They don’t like it up ‘em…!”

07.41 pm – This week it is 60 years of Coronation Street a ‘soap’ that, now and then, when I’m in the UK I watch. I met the character ‘Dev’ in Rome at Harrys Bar, when he was having some PR issues. He asked my advice, and I told him that there is nothing harder to locate than yesterday’s paper. I then called my contact at the then News of the World (JWJ) and asked him for a favour – lay of ‘Dev’ the following week. That is what happened, and Jimmi Harkishin the actor was OK. At the end of the day, the whole story was personal and Jimmy had some issues but nothing to serious.

08.00 pm – Well, on another front tomorrow David Martin Sperry and Donna Marie Kearney are coming to see me. I have found clear cogent evident that from 2018 I was serving the so-called ‘default sentence.’ Court on Wednesday.

10.47 pm – Generally a good day. I was able to see David Martin Sperry and Donna Marie Kearney and to feel normal again. Let’s hope that this week the Courts will listen.

08.46 pm – Some more dirty work from the ‘Government’ regarding myself using District Judge at Westminster – I will give his initials only – MS – to frustrate any attempt to attain justice. I published a list in 2013 of Judges who all answered and ‘worked’ for SIS, but then-District Judge MS was not on that list. I cannot say for certain that he is now, but he presided over the Extradition of Julian Assange and called him a ‘fantasist.’ Well, the only fantasist is ‘he’ himself not Julian Assange. At least Julian Assange acted honestly in his beliefs and actions whereas D. Judge M.S. is a Judas Iscariot person, working for his 30 pieces of silver. Well as Rupert Murdoch once told me – it takes all sorts to make a zoo but you can’t have a zoo without monkeys. Well said!!!!

08.15 am – Yet again I wake up and am confronted with an abundance of red blood from an area of my body that I prefer was blood-free. OK, you say ‘see the doctor’ well that would take some ten days to get appointments. So, I must try and heal myself. No food for a day or two and avoid the bathroom. The fact its red blood gives me some small comfort. I need to find a coagulant somehow. Of course, as a civil detainee, I can have my own doctor come and see me. Only problem is I don’t have one so, I will just have to see how this pans out. This has happened to me before in 2017, roundabout July. It may be stress-related. But it’s more physiological than psychological. Need to drink lots of water so the body can take that but not remake the lost blood – almost now a pint. The body can take that but not regularly. I must make sure I get over this.

08.02 am – Looks like yet again the day has started with blood-red blood so it’s not so perilous and it dries up quickly, yet each morning at least a cupful comes out of me. It will stop I know it – I hope it will because the thought of anything worse – help – is not on. Surely fate can’t let me down this way? One thing for certain I must have lost 3 kilos in 3 days can’t be so bad!!! Look on the bright side eh!!!!

06.53 pm – Well, after three days of what seemed bread and water the blood situation ‘seems’ to have abated. Heaven knows what the hell went on with my carcass, but it does seem to be ok. The loss of blood is not always a bad thing. The body replenishes blood, and the ancient Egyptians used to bleed people who were ill allowing the body to re-heal. So, maybe it has not been a bad thing after all, but eating sweet F.A. for three days at my age, and under the circumstances, was not at all pleasant. All’s well that ends…what you want it to end!!!

11.09 am – I spoke today with an Italian Lawyer working here in London. His family emigrated here from Sicily and sacrificed for their children. He is now a top lawyer in London and I feel immensely proud of his achievements as I do of all my children. Today is my son’s birthday – Milan – one good looking smart boy – Happy birthday.

06.34 pm – It really looks now that I’m stuck in this rat-trap until next year. With London on basic lockdown and no one really giving a flying fuck about the realistic legal ways of getting me out – I’m stuck!!! Have to do the best I can then.

08.37 pm – You know I have come to the inelastic conclusion that hate and vendetta, only brings more hate and vendetta. What is the point in my hating those who have kept me here under false and forged documents.? No – I must really pray for them to change their ways despite, what they have done to me. I have always believed in love over war. Now I must apply it.

08.22 am – There was I thinking, and believing that this Xmas I would be spending at Palazzo Parigi with my family, and instead I’m stuck in this ever-perpetual rat-trap. Oh well, next year, I guess. You have to be very philosophical in these places but I do know that all those responsible for my unjust and wrong detention will bring bad karma to their lives.

Today has been one of those yet again roller-coaster days where everything happens without the usual result. But, then again, that is what prison is all about, namely, nothing.  A complete total waste of time and money for the taxpayer.  Does if not seem strange that it costs between £35,000 to £75,000 per year to keep a prisoner, whilst the fees for Eaton are between £30,000 and £40,000 per year. 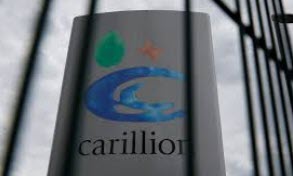 It is unfortunate that over the past 20 years, prison has nothing to do with the criminal justice system. It’s just become a business and what’s worse a loss-making business, which under normal circumstances would be subject to the penalties of the companies act. To much extent, prisons are run on a fraudulent basis. They lose money, and the managers know that they lose money, and those who are contracted to work for the prisons, like, Carillon openly take money from the state and give nothing back in return. Hundreds of millions of pounds went adrift by that firm and not a single prosecution, need I say more.

Some great news today. The European Court of Human rights wants a full hearing on my application for urgent measures. Frankly, I was not expecting that, but there you have it, as Mr Blair said. Another poxy Christmas in prison which I certainly didn’t even deserve one, but I’ve been able to do the best that I can and hold my head high.

Here’s an interesting fact, if you have nothing else do but calculate things whilst you are in prison. Take the holy bible for example. The word HIS appears 8,472 times whereas HERS only three times. Now, if that book was written today, I am sure that the ‘thought police’ in this rouge state would commence some form of prosecution or other.

Another piece of interesting news which is no use to man or beast, other than in a pub quiz is, that there have been four times as many tortoises that have been to space than British people. And on that, I wish you all a happy Christmas eve, tomorrow!!!!

When America attacked Iraq Task Force 20 the special elite squad had a precise target to protect at all costs. – What do you think that target was?

Let me tell you coz I was there it was the Iraqi National Museum and it wasn’t to protect the art and artefacts there. That special squadron stayed there until 2012, almost ten years simply ensuring that nobody came in or out of the Iraqi National Museum. If you want to know why and what they were looking for and if they actually got what they were looking for you will simply have to wait until I get out. Merry Christmas to everybody. 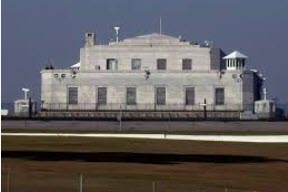 First of all, Merry Christmas to everybody. This is my eighth Christmas unlawfully detained. However, never mind. At the end of the day when you eat a doughnut, you don’t look for the hole. So, I thought to myself, what gift I give to those that follow my diary on this bright and breezy Christmas day how about this as a starter. Did you know that Fort Knox was built solely to house all the gold that the United States of America possessed? However, the last audit on the gold stockpile at Fort Knox was in 1953, by President Eisenhower. For 67 years no one knows what the hell is in Fort Knox, and it takes some 30,000 military to guard it. A few years back, members of Congress became a little bit inquisitive, and two people were allowed to have a peep in the gold room, and what they saw surprised them. The so-called gold was far too yellow in colour. In 2011 the Chief of the IMF, Dominique Strauss Kahn (whom I know) was supposedly arrested because he had hired a couple of prostitutes. Hardly a hanging offence and really the only person who should have given a damn was his wife. But I have it on good authority that as head of the IMF he was insisting on a full audit of the gold at Fort Knox.  As soon as he was arrested nothing further was said to this day, and only when Dominique agreed to leave his post did the so-called prostitute problem go away. So, what’s the truth behind what is kept in Fort Knox if you want to know more you will have to wait until I get out. 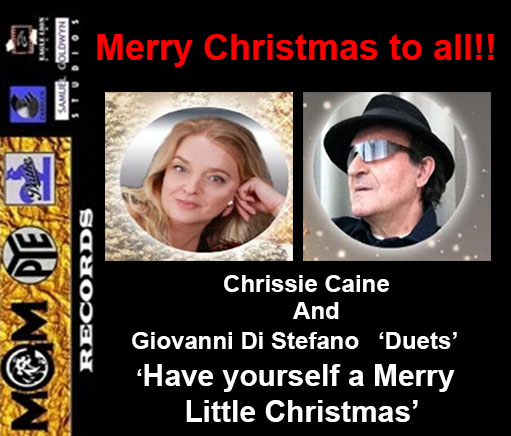