Headline
Legitimate Push to Pardon Charles I - A Priority For the Government? By C A Bayford Secrets From the Grave Reveal Provisional IRA Did Not Murder Lord Mountbatten Myth or Legacy; Socrates and Plato by Giovanni Di Stefano Ministry Of Justice and The Home Office Are Defying Parliament by Failing to Remove Foreign National Prisoners The Truth About The Shroud Of Turin By Giovanni Di Stefano 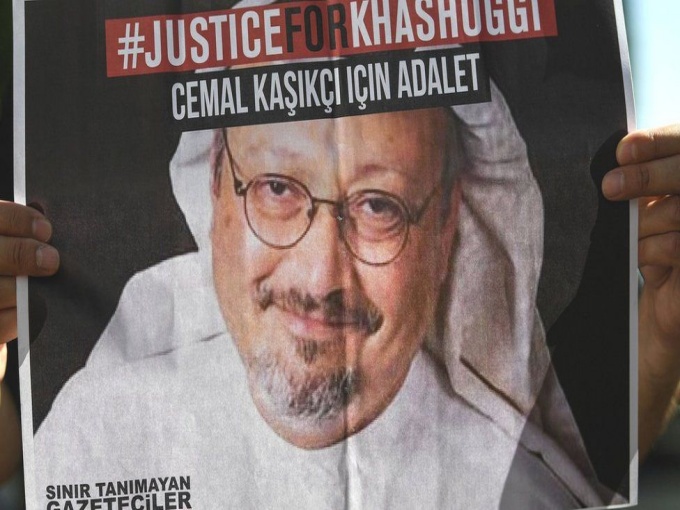 A Turkish prosecutor has asked a court to halt the trial in absentia of 26 Saudi suspects over the killing of journalist Jamal Khashoggi in 2018 at the Saudi consulate in Istanbul and transfer the case to Saudi authorities.

The court said on Thursday it would ask for the justice ministry’s opinion on the request and set the next hearing for April 7.

The prosecutor said the case “has been dragging because the court orders cannot be executed on the grounds that the suspects are foreign nationals”, according to the DHA news agency.

The development comes as Turkey is seeking a thaw in relations with Saudi Arabia, which worsened after the killing of Khashoggi, a contributor to The Washington Post.

Khashoggi, 59, was last seen entering the Saudi consulate in Istanbul on October 2, 2018. Turkish officials believe his body was dismembered and removed. His remains have not been found.

Saudi officials say the murder was the doing of agents who had gone “rogue”. In September 2020, a Saudi court jailed eight people for between seven and 20 years over the killing in a trial critics said lacked transparency. None of the defendants was named.

Following the Saudi trial, the Turkish court asked the justice ministry in November to send a letter to Riyadh asking about those who had been sentenced in the kingdom, to avoid the risk of them being punished twice.

The Turkish prosecutor said Saudi authorities responded by asking for the case to be transferred to them, and for the so-called red notices against the defendants to be lifted.

Riyadh also pledged to evaluate the accusations against the 26 defendants if the case was transferred, the prosecutor said.

The prosecutor said the request should be accepted because the defendants were foreign citizens, the arrest warrants and red notices could not be executed, and their statements could not be taken, leaving the case in abeyance or suspension.

A US intelligence report released a year ago said Crown Prince Mohammed bin Salman approved the operation to kill or capture Khashoggi. The Saudi government has denied any involvement by the crown prince and rejected the report’s findings.

The crown prince told The Atlantic monthly in an article published this month that he felt his own rights had been violated by the accusations against him as any person should be considered innocent until proven guilty.

Asked by AFP news agency if she was disappointed, Khashoggi’s fiancée Hatice Cengiz said: “If we look at it from the viewpoint of realpolitik, [Turkey’s position] did not let me down,” adding countries were “not ruled by emotions” but “mutual interests”.

But she added: “Emotionally speaking, of course, I am sad. Not because my country has made peace with Saudi Arabia and that this issue is closing, but ultimately, no matter how fiercely we defended it, on a national basis, on a state basis, on a president basis … now everything is starting to go back to the way it was, as if nothing had happened. I am inevitably disappointed about this.”

Turkey, which is reeling from a fresh economic crisis and is searching for foreign investment and trade, has reached out to regional rivals including Saudi Arabia and the United Arab Emirates.

Erdogan said in January he was planning a visit to Riyadh – which would come at a critical moment for Turkey, where inflation is surging to more than 50 percent.