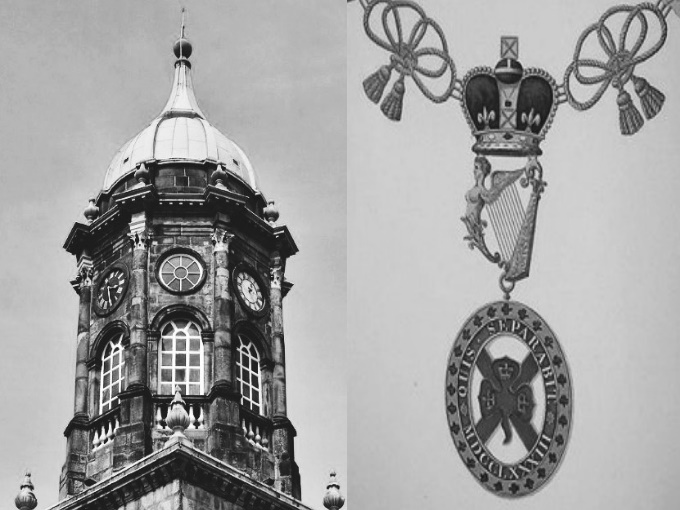 There is no contestation that the Irish Crown Jewels – Emeralds, Rubies and Diamonds presented to the Irish Nation by William IV in the 19th century, were kept in a safe in Dublin Castle’s Bedford Tower.

They were in the care of Sir Arthur Vicars, the Ulster King of Arms, his Nephew Pierce Mahoney, and two Assistants. 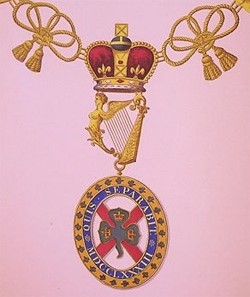 On 28 June1907, Vicars reported that his key to the tower’s main door had vanished. 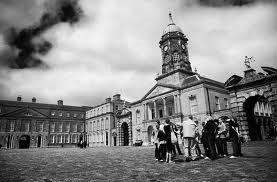 Five days later, the cleaner, a certain Mrs. Farrell, found the main door unlocked when she arrived for work.

Then finally, on 6 July, she noticed something even more strange:

The door to the strong room where the Jewels were kept had been left open overnight. That afternoon, a Castle Porter named Stivey entered Vicars room while Vicars and Mahoney were examining the Gold and Enamelled Collar of the Order of St Patrick. Vicars gave the Porter a safe key and ordered him to put the Collar with the rest of the Jewels. A few minutes later, Stivey returned with the alarming news that the Safe was already open. Vicars made a swift inspection and is said to have cried, ‘My God, the Jewels are gone!’

Police never caught the thief. Within a month of the crime, Scotland Yard Detectives had produced a report with the name of their prime suspect. However, this report was suppressed, and the Chief Inspector recalled. Later during that year Edward VII demanded that all four men responsible for guarding the Jewels step down. 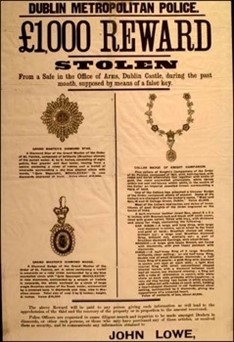 Fourteen years later, Vicars was found dead in the Garden of his home in County Kerry.

The body was riddled with bullets and a label was found that read: ‘IRA Never Forgets’. But the Irish Republican Army insisted that it was not involved. Regardless, most people in Ireland believed Vicars to be an innocent man who had been badly treated by the British Government. No trace of the Irish Crown Jewels has ever been found.

Those are the basic known facts.

But as always there is something more sinister in all of the above and the Jewels have ‘technically’ not been recovered.

Now… in 1917, aged 53, Vicars married Miss Gertrude Wright. In May 1920, Vicars was attacked in his home, Kilmorna House, near Listowel, County Kerry. Vicars showed great courage and the intruders left. On 14 April 1921, the House was again attacked, this time during daylight. One of the attackers stated that their only intent was to burn the House and that no lives would be lost. Shortly after 10 a.m. the House was set alight, and Vicars was murdered as he left the House. The House and its contents were completely destroyed. The Irish Republican Army issued a statement that the murder had not been carried out under its orders. 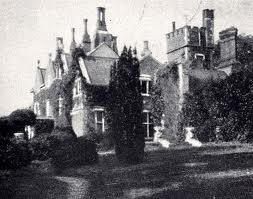 So, who wanted Vicars dead and why?

Vicars left a written Will dated 14 May 1920, the same month as the first attack on Kilmorna House. The Executors of the Will were his Wife, Lady Vicars, his brother, Major Vicars and his Sister, Mrs. de Janasz. The relevant ‘Oaths of Executors ‘were signed on 1 March 1922, but on 20 March, when the Will was submitted for probate, the following note was attached to the Oaths of Executors: “By direction of the Rt Honble Mr Justice Dodd let the words beginning “I might have had” (line 36, p. 2) to the words “the next world” (line 8, p. 3) be excluded from probate.”

The sealed envelope, in which the Will was contained, bore the external notes:

This Will to be shown to no one without permission of Regr. Certified copy maybe shown 20 March 1922.

No copy of this Will to be issued except from the Probate D. Coffey A.D.K. (Assistant Deputy Keeper)

The original Will, in its original envelope, was sealed within another envelope which bore the external notes:

Not to be opened without the authority of the Principal Probate Officer or a Judge of the High Court Diarmid Coffey A.D.K. 10.7.47

Opened by order of the President of the High Court 22/9/1976 and made available for consultation P. Connolly

Certified copies to be made of probate version only.

Plain copies maybe made of this document

After directions for his burial and the disposition of funds to various bequests, Vicars specifically noted that no bequest would be made to his half-brother Pierce Mahony (father of the sometime Cork Herald, Peirce Gun Mahony). With regard to his Books and Manuscripts he specified:

“With regard to my personal effects – I give and bequeath all my Genealogical and heraldic MSS. other than family pedigrees to the British Museum. It is not my wish that any should go to the Office of Arms Ireland. The rest of my books on Heraldry Genealogy Archaeology & history I bequeath to my dear wife to do as she likes with – perhaps she may desire to give any of interest to my family or the British Museum or the National Library of Ireland.”

Moveable possessions, including Jewellery, were left to his wife. Then the following occurred:

“I might have had more to dispose of had it not been for the outrageous way in which I was treated by the Irish Govt. over the loss of the Irish Crown Jewels in 1907 backed up by the late King Edward VII whom I had always loyally & faithfully served – when I was made a scapegoat to save other departments responsible and when they shielded the real culprit & thief Francis R. Shackleton (brother of the Explorer who didn’t reach the South Pole). My whole life & work was ruined by this cruel misfortune & by the wicked and blackguardly acts of the Irish Government. I had sunk my whole fortune in my profession & was left without any means but for the magnanimous conduct of my dear brother George Gun Mahony. I am unconscious of having done anyone wrong & my very misfortune arose from my being unsuspicious & trusting to a one time friend & official of my former office. I had hoped to leave a legacy to my dear little dog “Ronnie” had he not been taken from me this year – well we shall meet in the next world.”

History shows that in August 1910, Francis Shackleton was declared a bankrupt and served a period in Prison. On his release from Prison he assumed a pseudonym and was not heard of publicly again. Late in July 1913, Vicars petitioned Lord Aberdeen to petition King George V for the establishment of a new Commission of Enquiry into the robbery. The King suggested a full public enquiry, but this was disallowed.

So, what happened to the Crown Jewels of Ireland?

A 1927 memo in the ‘Crown jewels file’ states the following: “He (The President of the Executive Council, Mr W.T. Cosgrave) understands that the Castle Jewels are for sale and that they could be got for £2000 or £3000. He would be prepared to recommend their purchase for the same reason (i.e. he would not like them to be used either as a means of reviving the Order or to pass into any hands but that of the State).M. McD. 1.6.27 D/T 3926” 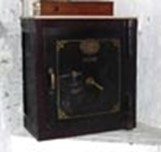 The evidence can be obtained from the actual Police report of Scotland Yard that as stated was suppressed.

That Shackleton stole the Jewels is within the ‘suppressed’ report but what the report does not state is that Shackleton handed over the jewels to the then Commissioner Sir Edward Henry, who in turn handed them over to Herbert Gladstone the then Home Secretary. The next handover was to Winston Churchill as Home Secretary on the 20 February 1910 and who then handed them over for safekeeping to David Lloyd George who was the Chancellor of the Exchequer.

Winston Churchill took back possession of the Jewels on the 7 November 1924 as the new Chancellor of the Exchequer and it was, he who suggested in 1927 that the Jewels could be restored to Dublin by way of anonymous letter as a way out. For safekeeping the Jewels were kept ‘physically’ by the Commissioner of the Metropolitan Police until 1924 when Winston Churchill ordered that Sir Montagu Collet Norman take the Jewels into custody at the Bank of England for safekeeping where they remain TO THIS DAY.

Edward VII died in 1910 and there is no suggestion he knew or was party to the whereabouts of the Jewels. Neither is there any suggestion that George V knew and to all intent and purposes the matter died a natural death.

Was Shackleton treated with kid gloves? Of course, he was because his brother, Sir Ernest Shackleton, who was a national hero and a favourite of the King.

Having been exposed however, the British Government was not going to allow Shackleton to keep the Jewels, and neither was he able to sell or dispose of them. It was the then Under Secretary of State Sir Mackenzie Dalzell Chalmers who suggested to the Home Secretary, Gladstone, that a ‘deal could be done to recover anonymously’. Once in the hands of the Home Office what should have happened was to have simply restored the Jewels but as often there was a long delay. So, to this day the Jewels remain in the vaults of the Bank of England which leaves only the final question: why was Vicars murdered? To follow that question of course is who killed Vicars in such a brutal way? 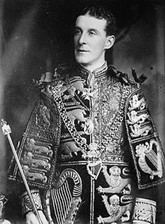 As the jewels belong to Ireland there is no reason why the Irish Government cannot simply request their return.

By way of ‘postscript’ the note that Cosgrave received in 1927 by way of ‘information’ if analysed, will have the fingerprints of Winston Churchill and possibly those of Sir William Horwood.

Whilst writing this a valuable contact was made that sent the communication below:

“My name is Ratcliff, and I am the son of the last owner of the Ratner Safe Company. The Irish Crown Jewels were taken from a Ratner safe and the official enquiry report –

http://eppi.dippam.ac.uk/pdf1/13111.pdf Page 9 – shows evidence from Ratner’s that the safe was not picked and a key was used to open the safe. Ratner’s state on page 18 of the report that they had not supplied any duplicate keys. Having worked for Ratner’s I can say that as every key was hand made for a specific lock and careful records were kept of everyone made. It takes a skilled locksmith to make a duplicate key, even from the original as tolerances were very tight.

There is anecdotal evidence that Sir Arthur Vicars often got drunk and dressed himself in the Jewels, leaving the Milner strong room and the Ratner safe open.

I am very interested in the idea that the Jewels are in the Bank of England.” 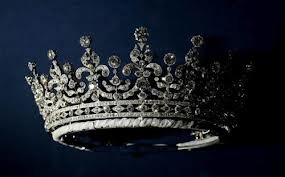