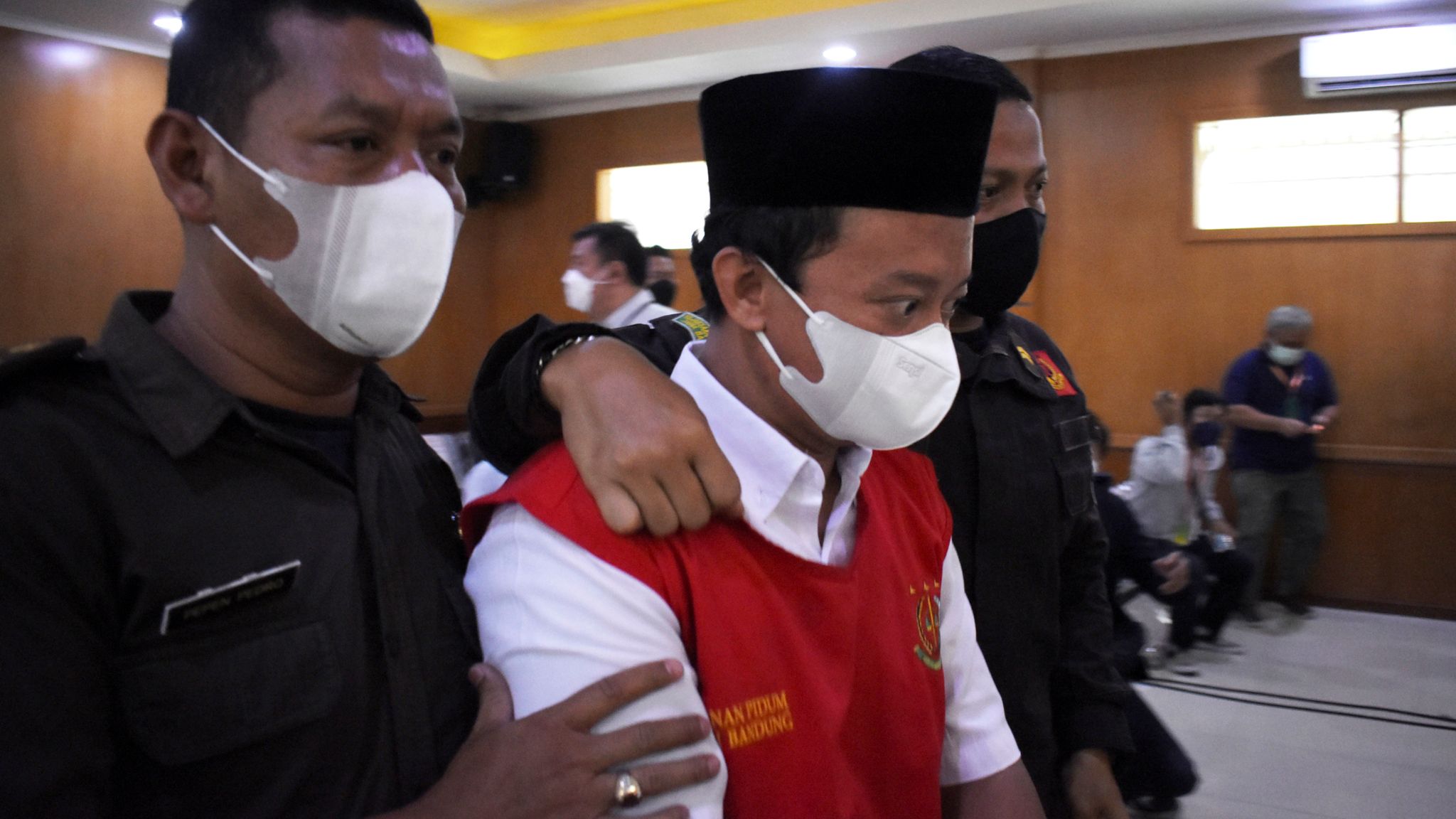 Herry Wirawan raped girls aged between 11 and 14 from 2016 to 2021 at the school, hotels or rented apartments in the city of Bandung.

On Monday judges at the Bandung High Court granted prosecutors’ appeal for the death penalty, saying in the ruling: “What he had done had caused trauma and suffering to the victims and their parents.

“The defendant had tarnished the reputation of Islamic boarding schools.”

Wirawan’s assets will also be seized, including a foundation he owned, and auctioned off to benefit the victims and their children.

Herry Wirawan, the principal of a girls-only Islamic boarding school who is accused of raping his students, sits on the defendant…s chair during his sentencing hearing at a district court in Bandung, West java, Indonesia, Tuesday, Feb. 15, 2022. The court sentenced Wirawan to life in prison for raping at least 13 students between the ages of 11 and 14 and impregnating some of them.

Wirawan’s lawyer, Ira Mambo, said she would advise her client to appeal against the sentence in the Supreme Court. They have seven days to do so before the court decision becomes final.

Wirawan pleaded guilty and apologised to his victims and their families during the trial.

In January, President Joko Widodo said he was concerned about cases of sexual abuse in Islamic boarding schools and called on parliament to speed up deliberations on a bill on sexual violence.

Conservative lawmakers and Islamic groups want the bill to include prohibitions on extramarital sex and homosexual relations.