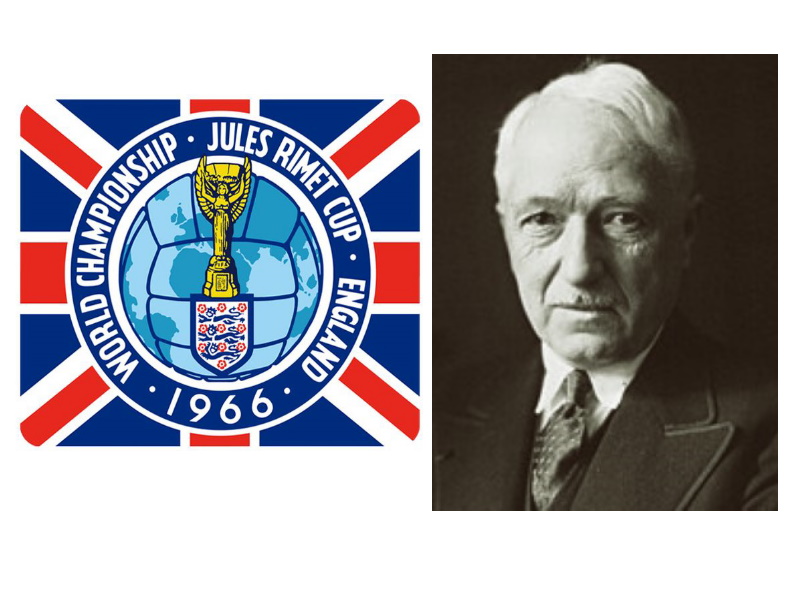 On the 22nd of August 1960 in the eternal city of Rome, FIFA chose England as the venue for the 1966 World Cup. It easily defeated the bids of both West Germany and Spain. 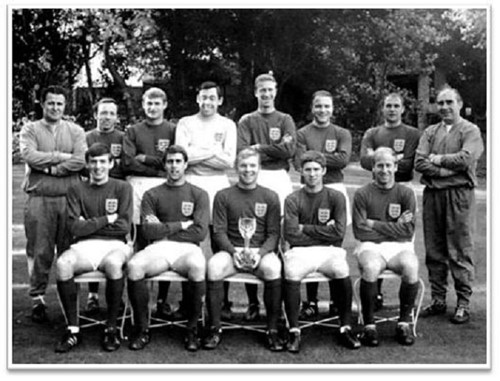 For one reason or another, who knows whether valid or not, several African countries refused to participate in the competition but that cut little to no ice with FIFA. In 1966 there were few registered coloured players in the European League.

It may have been possible to have seen the first black footballer playing for England back in the 1920s with London-born Jack Leslie, a prolific striker for Plymouth Argyle between 1920 & 1935, scoring over 400 goals.

Leslie had been informed by his manager Bob Jack that he had been selected to play for England.

He later received communication cancelling his call up to the England team, stating that they didn’t realise he was a ‘man of colour.’ Jack Leslie later remarked in 1982 to Brian Woolnough: “They must have forgotten I was a coloured boy.”

The great legend Sir Alf Ramsey who brought the World Cup to the English FA for the first and only time, would not hear of capping any player that was coloured. But back in the 1960s with shows like ‘Till Death do us Part’ and ‘Love thy neighbour’ racism was rife.

Mercifully, the times have changed the somewhat illogical and biased policy but ‘lest’ one forgets the ‘colour barrier’ lasted up until 33 years ago.

But the controversy over the 1966 World Cup was not really about the lack of coloured players, or the Argentinian player Rattin being sent off, or even, whether, or not, in the final the ball ‘went past the line’ in England –v- West Germany game.

Documents that have now come to light, show that FIFA received a strong complaint about the manner upon which England obtained a tactical advantage in the semi-final, played on the 26th of July 1966 against Portugal. 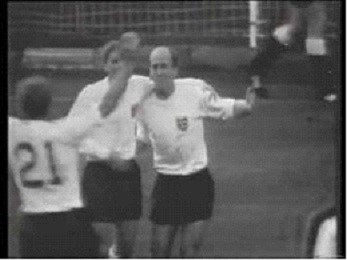 The game had been scheduled to be played at Goodison Park in Liverpool but ‘at the last minute’ the English FA switched the venue to Wembley.

The game was scheduled to be played at 15.00 pm, but the FA granted a concession to the weary Portugal team that was forced to travel to Wembley from Liverpool to an evening slot of 19.30 pm.

History will show that England beat Portugal 2-1 with two goals from Bobby Charlton in the 30th and 80th minute, and the great Eusebio scoring from the spot-kick on the 82nd minute. The 95,000 crowds, at Wembley, witnessed an evenly balanced team but FIFA considered disqualifying England for the last-minute change of venue.

Joao Havelange, who was FIFA President from 1974 until 1998 openly stated, that the 1966 and ’74 World Cups were fixed. But up until now, the concentration had always been on controversial Argentina –v- England game or the goal in the final. The semi-final between England and Portugal was never considered a contentious issue.

When the Portuguese Football Association filed, however, a complaint with FIFA on the 25th of July 1966 it was met with an immediate rejection by the then President Sir Stanley Ford Rouse who coincidentally was English.

Documents that have come to light, however, show that Portugal and its Federation were clearly obstructed from pursuing a legitimate complaint regarding the change of venue, notified to them at the last minute, which forced the Portuguese team to travel by coach to London.

The change of time from 15.00 pm to 19.30 pm was the only concession the English FIFA President was going to allow.

Certainly, today such could not happen, but in 1966 football was at the infancy of turning from a sport to a business. The English FA argued that by changing the venue from Goodison Park to Wembley more tickets could be sold. Certainly, it was a valid argument.

The game at Goodison Park that saw West Germany defeat the Soviet Union 2 goals to 1 was attended by 38,000 spectators but this was the date that originally had been scheduled for the England –v- Portugal game.

For some months Portugal and its Football Association pursued complaints with FIFA, but so long as an English President was head of FIFA nothing would or could be advanced.

What then of sporting integrity? Is that the reason England have suffered a series of misfortunes in all their European and World Cup campaigns? They say the Jules Rimet Trophy if obtained by deceit, fraud, or cheating, will elude the holder and bring bad luck for seven generations. 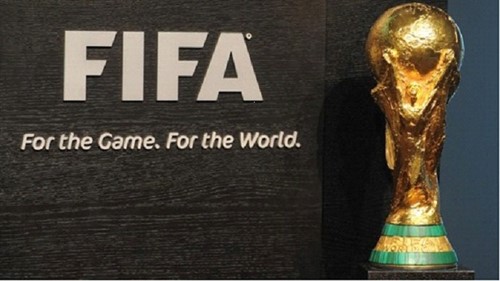 Jules Rimet was the son of a grocer who became a lawyer and the longest-serving FIFA President who abhorred cheating or discrimination. He died in 1956 and thus, did not witness the manipulation of the England team in 1966 gaining a tactical advantage by switching venues and thus tiring the opposition team. 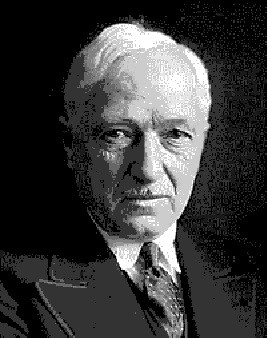 However, the curse of Jules Rimet for any World Cup holder who obtains the trophy by such means has certainly hit England hard. They have never even, remotely, been close to a Trophy since 1966.

Strangely neither has Portugal.

Documents discovered show that Portugal considered even the option of withdrawing from the Semi-Final having been placed at a certain disadvantage, but against the threat from President Sir Stanley Ford Rouse of being expelled from FIFA the team bravely played on. 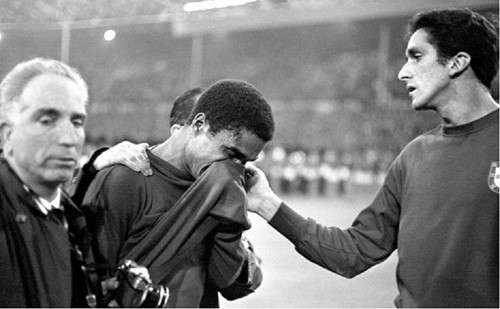 Maybe it was because they did not carry out their threat that the curse of the Jules Rimet trophy also touched them.