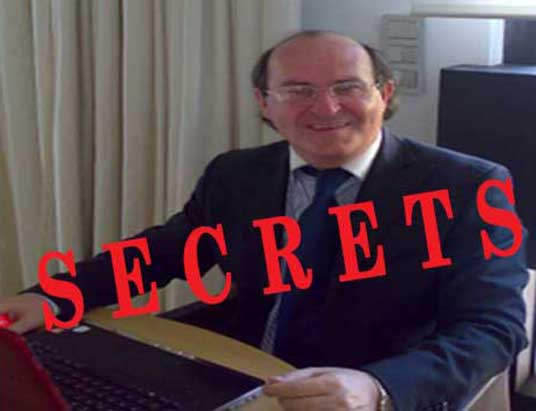 Secrets! You know there is one thing about secrets that I am dying to say:- it is by far better not knowing secrets at all, because once you know a secret, of course, it is no secret at all. Unless, that is, so much time has passed since whatever it is that created the secret has passed that no one gives a flying Ferrari. Having said that, it is still a secret and some secrets are actually not worth knowing unless you can have the ability to share them.
Let me expand on this for you. A meal, no matter how hungry you are, is always best eaten in company. People prefer to pay £5 for a short of whiskey in a public house, rather than drink a bottle that costs say £30. I use those numbers because I do not drink and have not got a clue in hell how much alcohol costs, unless I am buying someone (who does drink) alcohol at the Dorchester Bar, Le Grill or at the Cavalieri Hilton in Rome.
Like food and drink, secrets can be bought but sometimes are given gratuitously.
If you consider the so called Cambridge spies, Burgess, Maclean, Blunt ((he was no spy  my article that I wrote on him will be republished on OPC Global in the next couple of days – look out for it at
www.onlinepublishingcompany.info)  and others, most are about passing on ‘secrets’ to Russia. Yet, the Russians, unless my history is wrong, were allies of the UK/US in the so called World War II, so what actually was so wrong as to pass secrets to allies? That was the thinking of the Cambridge Five and many others.

The So Called Cambridge Spies

Let me ask this rhetorical question: how many have been arrested, tried, convicted, and executed for passing secrets between say Britain and the United States? Or Britain and say Italy?

The Official Secrets Act (1989) has been very much watered down and it is very doubtful if any of the Cambridge Five would be capable of being prosecuted today. Another interesting fact is that since the case of William Joyce (see my article on representation of him through his daughter) notwithstanding, that there is a Treason Act 1351, Treason Act 1695, Treason Act 1702, Treason Act 1842 and Treason Act 1848 no one since Joyce has ever been prosecuted under such.

What does that thus say about Burgess, Maclean et al? It says whatever information Burgess, Maclean et al passed on to the Russians was actually, if the truth were told, of zilch value. It was said that as a result of that information many ‘secret agents’ operating in Russia were in danger or compromised. Well, they should not have been there in the first place. Just as English Law punishes foreign agents in this country so does Russian Law.
Why should all countries not simply co-operate with each other? Why actually have secrets at all? If information was readily available equally and at parity worldwide how much nicer a place it would be.

I can hear Dearlove and Sawyer now saying to me ‘wow Gio what the hell are you doing and saying?’ They are shouting in my ear ‘Do you want thousands out of a job?’ Well, so it’s not about secrets really but about employment. Well, that is another matter. If we have to create employment by making information secret and then trying to obtain that information secretly and that creates jobs:- well who the hell cares about people being jailed and killed? It’s all about money anyway.

Was it not in Julius Ceaser by Shakespear that the famous line: ‘And thus doth conscience make a coward of us all.’
So if there are to be no secrets lets reveal one.
Let’s take the year 1984 because at the end of the day – other than it getting dark – was a long time ago and so who would care about truth in world events and the skullduggery of the British Government.
Let’s take India and let’s take the Golden Temple in Amritsar as an example. Let’s take Mrs Gandhi and, let’s take the role of the SAS in India at that Temple and, let’s take the events that subsequently occurred and the so called extremists.

Wait a moment is what I can hear Sawyer and Dearlove say in my ear. SAS, what SAS? There was no SAS in India and they had nothing to do with the Golden Temple.

You see I really don’t believe in secrets so let’s post up a copy of a letter dated 23 February 1984 from the Foreign Office to the Home Office and a letter from 10 Downing Street to the Foreign Office dated 6 February 1984.
I tell you what:- you are all intelligent people so you now work it out for yourselves and let the citizens of India also work it out what actually went on in 1984.

Now on another front who has not heard of Dr Josef Mengele? Well, a good few maybe because the Second World War ended over seventy years ago. A good film to watch, although the ending is not accurate, is The Boys from Brazil with Gregory Peck. Dr Mengele was the Nazi doctor who experimented on Jewish prisoners (well I loath to use that word because they had committed no crimes) at the concentration camp in Auschwitz, and most experiments were carried out with people live. A man that if ever deserved to die in the most brutal manner it was Mengele.
Well would you believe that he was ‘allowed’ by the British and Americans to escape to South America and, in fact, died of a heart attack whilst swimming in the sea of Brazil and died drowning in 1979, well that is the official story. He was in fact murdered and drowned, because he was about to reveal the role that the British and Americans played in his escape and ‘new life’ in South America.

Who financed him? Easy:- his family had a large industrial concern pre-war, and would you believe it post war, they prospered receiving so many government contracts and his family: his brothers used to send him money to South America, all paid for by industrial contracts awarded by the British and Americans.

In fact:- today the company is massive and it’s called Mengele Agrartechnik. Look it up. I mean you could not make it up. It contains the ‘Mengele’ name still.
As I said though, it’s a long time ago so who cares.

Well there you have it as Mr. Blair said. He actually is the biggest ‘secret’ of all, because that is his specialty but you know there is an old saying ‘the best way out is always through.’
Next time I will reveal how the Turin Law and the absolutely correct use of the prerogative of pardon is applied, will apply to Lynton Anthony Blair. You see if you check the CRO (Criminal Record Office) of Anthony Lynton Blair you of course will get nothing. Who was it thought that said ‘it’s all in the name?’
As I recorded till ‘The Next Time’ all will be revealed

NB: Some images retrieved from Google, will remove at owner’s request.
GDS-Letters and Statements