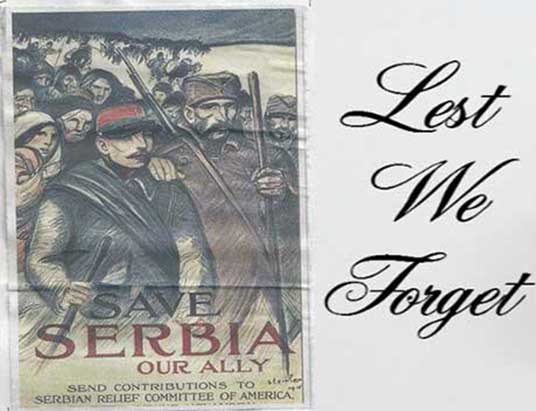 Giovanni Di Stefano A9460CW HMP Highpoint, Stradishall Suffolk CB8 9YG
Letter from Inside December 2016
Well, it is Christmas time again and boy how quick time passes when you get older. The same was said to me yesterday by an ex member of the European Parliament who finds himself here and is now aged 81. Oh how it’s great to be old.
Has anyone ever noticed how society uses the word ‘special’? The Collins dictionary tells us that ‘special’ means ‘particular’ but in everyday life it is used in a more alarming manner. For example in the military you have the SAS and SBS ‘Special Air Services” and ‘Special Boat Services’ and those units are used and promoted in a manner as to allude that they are something ‘better’, ‘tougher’ than a soldier, sailor or air crew. By using the pre-fix ‘special’ seems to enhance the abilities of a soldier or sailor.
I had no idea that my father, born in 1927 and no longer on this earth was in the Folgore Unit in the Italian Military. That is quite a famous regiment on par with the SAS in the UK. Yet, I knew nothing about that until shortly before he was taken from this earth in 2006 and was amazed, because he was scared (or so he said) of flying yet in the Folgore he did parachute jumps. Foreign Military do not use the word ‘special’ as a prefix because every single person in the military is in fact special. So when you read about the SAS and ‘who dares wins’ etc of course be proud, but they are exactly the same as a private in any regiment. They just have a different job to do, but there is nothing any more special about them than any person who fights for his/her country.
The subject of guns and weapons makes my blood boil. I hate, detest, loath guns and weapons and curse the day of the inventor of those. You will, of course, ask me why? I tell you without any procrastination:- each gun has an enemy and each bullet has an enemy. A gun that has six bullets has seven enemies. Look into your lives please right now:- tell me – do you have seven enemies that you can name right  this minute in your life? The definition of enemy according to the Collins dictionary is ‘hostile person.’ Even if you do have seven enemies or hostile people in your lives are you ready, willing and able to take their lives? If the answer is no then oppose guns please because that is what they represent.
I was reading that the oldest bank in the world, Monte De Paschi di Sienna, needs something live five billion pounds to cover its twenty eight billion bad debts. How the F—K does a bank arrive at even one million let alone twenty eight billion without being on notice. I mean it’s not as if you wake up in the morning all of a sudden and realise you are twenty eight billion down? Sorry, but in this case all of those who manage that bank need to be immediately arrested and jailed pending trial. The same applies to RBS, Barclays and other banks that have bad debts at a level that they cannot cover from their profits not from investors or depositors money. The problem is that the old adage is true in this world:- steal a pound and you get life imprisonment, steal a billion and you get made Chancellor of the Exchequer. It is also summed up as follows from Giancarlo Parretti who told me that when he was not able to afford an airline ticket to the United States of America he bought a private jet, a Gulfstream 4 with the tail number N-GP69. You think it’s funny but it’s true. Look it up.

Now, I have to be a little controversial and put you all to the test. It is though, an interesting one but maybe a teeny-weeny morbid. A guy here lets me have his Times Newspaper the day after he receives it. Do you know the first page I go to? I’ll tell you:- the Obituary and do you want to know why? I look for my name and if it’s not there then I breathe a sigh of relief and say to myself “ha another day up the judge’s …….” If I am not in the Times Obituary then I am alive and kicking.

The point of the above is this: imagine that you had to write your own obituary:- could you do it? Let me tell you this it is not as easy as you think. Try it and see. What do you insert in it? Good parts of your life? What you have achieved? What you still had to achieve but was cut short? How would you describe your work? What about who you leave behind? What about all the dodgy parts of your life? Do those get a mention and if so do you put a spin on them? Give it a try and you will see just how hard it is.
Which leads me to the next maybe a little morbid, but important, aspect of life, well death actually? Have you considered if you are being buried in a cemetery which way you want your coffin to lay? Look, it is your last resting place for the rest of your (not life) death. If I can just say, that the traditional Christian positioning of the coffin is to have the head pointing to the west, in other words at the gravestone end with feet pointing east. This is all about some Monk in the fifteenth century who said that Jesus will return from the east on the day of judgment, and the dead will rise towards him (Matthew 24:27), and so it will be easier to just stand up if your feet are pointing east. You see just how technical an issue this has become? Muslims bury their dead, though, facing northeast, because they believe they look over their right shoulder towards Mecca, three thousand miles plus away to the south east. So you see the differences of religion. For my part I like to sleep with my head near the headboard, so I guess I will have to change tradition and be buried likewise to the gravestone. OK you may think its morbid thoughts and if I were 21, 31, 41, I might agree but at 61 onwards you need to make plans.
Now the real, real, real, controversial part.
Do you see the poster that I exhibit underneath?

I would have liked to have slammed that in the face of that perpendicular ponce George Bush, and Tony Blair. It was the most published poster in any war ever. That was the position when Serbia came to the aid of the UK and the USA in the First World War in 1916, now 100 years ago. During the Balkan Conflict that I dedicated eight years of my life and career, the British Government suppressed all posters that were dedicated to Serbia in the First World War, and the US made it almost impossible to access this one. Why? Because they betrayed, yes betrayed, Serbia and anyone who supported Serbia paid a heavy price, including me, but for the thousands who died, without need or cause that cannot be forgiven.  Tom Walker who was a correspondent from The Times, and a great friend of mine, who fell in love with a Serbian girl and married her died of cancer. Well that was the official story and a lot of people went along with it but look more carefully at the post mortem results, and you will see that the allegations the British make towards the SVB (ex KGB) and how they murder people in this country with poisons, well it’s a trick that was mastered since the Second World War in London.

Well, from prison I was able to find the poster and, I publish it and, I hope that every Serbia citizen has a Tee Shirt printed with the image as they say ‘lest we forget.’

I would and will wish everyone a very Merry Xmas, but there will be millions who will not have anything like a Merry of Happy Xmas, because they will be in want for the bare necessities of life. Why is Africa so poor? I will tell you the not so hidden secret: – because for the last 150 years plus the US and, the UK and, other European Countries declared war on Africa. Yes, declared war. How else can you define when you go to someone’s house, force all the people in it away from their houses to another country, and work them as slaves, and to steal all the contents out of the house? It is war, and that war has been regularly renewed. Any continent that had been the beneficiaries of so much money, for so many years, and is still in need, then that can happen only to a country at war.
Look at the names:- Nelson Mandela, Fidel Castro, Sandro Pertini, Stalin, Winston Churchill, and many, many, many, more that you can find on Google search. Even Hitler and Mussolini, and many South American’s, and but for the grace of someone even a couple from the United States. They are all people that had been to prison prior to becoming Head of State from their own countries.
Need I say more?
Merry Christmas to all.
Giovanni Di Stefano
December 2016NB: Some images retrieved from Google, will remove at owner’s request.
GDS-Letters and Statements