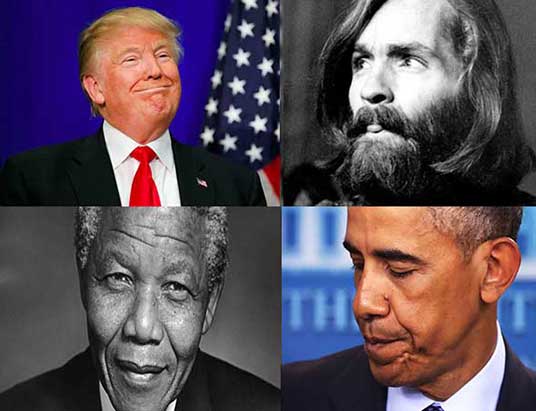 Some years ago I acted for Charles Manson in the United States and filed an application with the Inter-American Human Rights Commission who are the facsimile to the European Court of Human Rights. I know firsthand that the IAHRC are notorious for taking many years to arrive at a decision. The European Court of Human Rights also takes a year or so (plus) but nowhere near so long. I hope that soon a decision will be made.
Let me spell out the case, as I see it, of Charles Manson. He was not, and is not, guilty of ‘murder’ and, in fact, that was never the case against him. The prosecution advanced a case of Manson being to the best of my knowledge there is no known offence under California Law of ‘inspirator of murder.’ Nevertheless, Manson has been used by the State of California and the US in general as a kind of deterrent element that in my view has no place in the criminal justice system per se.

In this country had Manson been prosecuted, there would be a chance, he would be charged/indicted on a kind of joint-enterprise murder, but even that is doubtful. You see at his trial none of the co-defendants credible ran their defence saying “he told us to do it.”
I deplore the murders and the brutality of the way they were carried out, which in reality served no purpose, but then the same can be said for all murders, because at the end of the day murder per se is a permanent solution to what is nearly always a temporary problem. Why kill your wife or husband when it’s easier to divorce them? Why kill a business partner when you can go to Court and rescind a partnership?
Further, let me say this about Charles Manson that I simply have to say and take my hat off to him:- he could easily have been released on parole years ago…yes it is true he could have been released if only he admitted being the inspirator of the murders and accept his part in them. Charles Manson has refused and continues to refuse after decades of hard prison.

Now let me also say this:- is that not similar to another person who spent 27 years in prison when he could have been released years earlier? Who? Nelson Mandela and yes, I did meet him, and yes, I did ask him why he refused to comply with the South African Government condition of release namely that Mandela had to say these words:

“I Nelson Mandela condemn the use of violence as a means of a political ambition and call upon all my ANC colleagues to cease acts of violence against the State.”

That statement would have seen Mandela out of jail quickly and, each year he was asked whether he would say those words and, each year he refused.
Why then does Charles Manson refuse to admit any part in the murders when simple words would see him released?
Can it be that Manson actually played little to no part in the killings and was not the inspirator? Can it be that the myth of Charles Manson is indeed just a myth? If so, it is admirable in a man to suffer the indignation of a nation and continued detention, simply because he does not wish to extinguish the legend of Charles Manson that has made many – but not himself – rich.
I also filed an application to Barack Obama to pardon Manson and I now call upon him to do so. I did receive a letter from the White House saying they did not have the power to do so, but I directed the General Counsel of the White House to legislation and Barack Obama should now simply effect a pardon and release Charles Manson not out of pity or compassion but because he did not do it.

Of course, if Obama fears that Charles Manson will one day become President of America as Nelson Mandela did in South Africa, well that is another matter. Impossible? Nothing is impossible to the man prepared to work, and risk, and who gets a bit of luck. Ask Donald Trump.

I bet you a pound to a penny that you will not have noticed that on the announcement page there is each, and every, day an advert citing one verse of the Holy Bible.
Look at these examples:

One is from Corinthians and the other from Psalms. Interesting and quite cute don’t you think? You will say then what the hell is so damned secret about them? Aha…if only you knew you would gasp.
OK let me put you all out of your inquisitive misery and explain what those adverts, published daily, actually mean. On the face of it surely it would seem some well wisher who wants to cite passages from the Bible. Well, let me tell you what they actually mean and who are behind them really.
I guess all of you would know who SIS is? Secret Intelligence Service, better known as Ml6. Now they, as you know, deal with the security of the nation generally out of the jurisdiction whilst Ml5 concentrates on threats within the nation.
The second letter of SlS is ‘I’ standing for intelligence. You see since time began people have understood that information is king and having intelligence or ‘intel’ as the moderns call it means you have an advantage over your foe. The problem is that most nations do not really know who are their friends or foes, so as in the Diplomatic Service who keep Embassies abroad and diplomatic staff in foreign jurisdictions, the SIS keep ‘secret’ or ‘sleeper’ agents in most foreign countries whose sole role is to collect day to day tit-bits and feed back to London or Cheltenham.

These are just ordinary families and normally the SIS recruit only one member of a family and usually if a married couple is recruited only the husband or wife would be the ‘sleeper agent’ or ‘SA’ as they are called. Mostly, the partner of the agent would not have a clue in hell that their husband/wife works for the SIS. They are recruited from companies with branches or offices abroad as the cover is easier. Some formal SIS officers, disguised within Embassies, are also sent for the purpose of intelligence gathering, but they purposefully let the host country know their mission, or pretend to let it slip, so the host nation is distracted into believing that no other agents exist. If caught the sleepers could face serious consequences including death.
So what is that to do with the Bible verses in the Times?
That is how the SIS communicates tasks with the sleeper agents and, to date, no country has been able to crack the code. It is harder than Enigma, and those who know the code would rather die than surrender it.
Novel way of communication eh?
Now, another little secret. I doubt anyone actually gives a flying Ferrari about people killed on the orders of the State, especially if State interests are involved, but I do believe that for the sake of posterity people should know, because all political assassinations are carried out in the name of the people of the United Kingdom not, as some believe in the name of the Queen or King.
Peter Fitzwilliam, the 8th Earl of Strafford was a much decorated member of Churchill’s SOE (Special Operations Executive) during World War II but when peace arrived he faced a truly dangerous enemy called Clement Attlee the Labour Prime Minister post war.

In 1948, as does happen on occasion, Peter Fitzwilliam abandoned his wife and child and simply moved to the South of France to pursue his affair with Kathleen ‘Kick’ Kennedy, the sister of the future President of the United States John F Kennedy.

As does also happen quite on too many occasions when the State believes that a ‘private affair’ could interfere with relations between countries that affair must come to an end, failure to comply produces dire and extremely server consequences.

In the case of Peter Fitzwilliam and Kick Kennedy a chartered plane they flew on simply crashed and killed them. End of the story. Who instigated the killings? I tell you: Manny Shinwell the Minister for Fuel who hated public schoolboys and what he termed the ‘old brigade’ and even tried to dig up the garden of Wentworth Woodhouse so it became an open cast mine.

Now going back to sleepers, I guess you may remember the attractive Russian that was a ‘sleeper’ in London? She is quite famous now and the story was broken by David Leppard of the Sunday Times. In his article he refers to the person who did not want to be named who identified her at the Ritz Hotel and who the Russian agent desperately tried to use her ‘charms’ so as not to be reported.

I give you one guess as to who that person who did not want to be named was??????

That person never succumbed and did his duty.