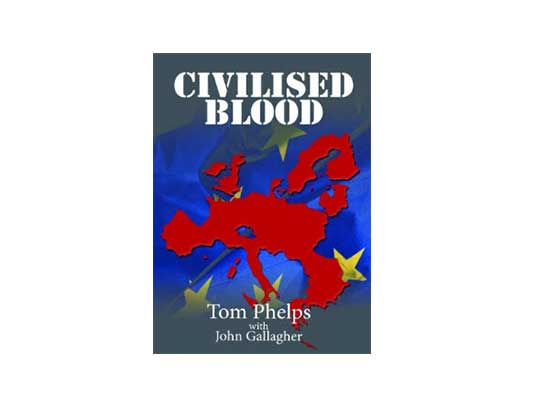 Civilised Blood is a story of violence and bloodshed set against a background of ordinary people rebelling in opposition to unelected Eurocrats and the increasing poverty and injustice that is spreading across the continent.

In a crumbling European Union there is a difference between what the ruling political and bureaucratic classes are imposing and what the middle classes and workers want. A simmering pent up tension is set to explode into violence.

Meanwhile, in the UK Michael Byrne is facing criminal charges because he dared to reveal the truth about the bureaucrats of HMRC and their friends, the energy companies. In a sensational trial that blends political intrigue, emerging new green technology, and the clandestine powers of the UK tax man, Byrne turns the tables and is held up by the revolutionaries in Europe as an icon for justice against the tyranny of the State and its army of bureaucrats. In their first collaborative novel, Phelps and Gallagher may not please the politically correct, but this story will resonate with the majority of hard working ordinary people throughout Europe, and anywhere that politicians and bureaucrats are not loved.