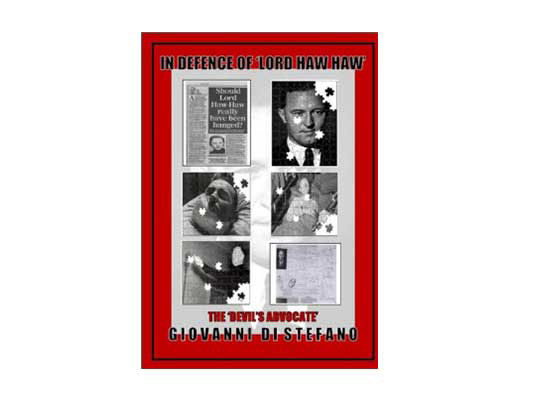 William Joyce was at all material times an agent of the British Government. He was sacrificed, in other words murdered, not out of willingness but incompetency and fear that the spy network would be displayed for all to see. He was supposed to succeed at his trial, succeed at his appeal and the Home Secretary reprieve him. None of that happened. Instead those he worked for simply abandoned him and he was murdered by the State.

Giovanni Di Stefano has had the honour of meeting William Joyce’s’ daughter.

‘If ever a more loyal lady exists I don’t know.’ Giovanni commented after his meeting with her.   This loyalty also gave Giovanni the determination to find out and uncover what really happened in the case of Lord Haw Haw.

Giovanni Di Stefano has been pilloried, prosecuted and persecuted because of what he has disclosed. The High Court and the MI6 Judges band together as do the CCRC and many others.

We live in a wicked world full of betrayal and secrets. But the murder of William Joyce must be disclosed to the public eye.

William Joyce cannot be brought back but his memory and what he did for the war effort should be recognised.

It should be done during the lifetime of his family.

Giovanni Di Stefano, known as the ‘Devil’s Advocate’ will not let this go as Joyce never failed the British Government.

For  an insight to ‘In Defence of Lord Haw Haw’ online publishing company have included the prologue below to give our readers a glimpse of this incredible story of  injustice handed down to William Joyce aka ‘Lord Haw Haw’ – in our book are actual documents exclusive to Giovanni Di Stefano and the full trial that led to Joyce’s execution.

William Joyce, the man with the famous nickname ‘Lord Haw Haw’, is Britain’s most well-known traitor, of relatively recent times anyway. He had a catchphrase famous as any comedian’s and to cap it all he had a facial disfigurement in the form of a terrible scar that marked him as a villainous traitor as if the words themselves were tattooed across his forehead. Saying all that, a lot of people have argued that he shouldn’t have been convicted of treason at all, let alone be executed for the crime. 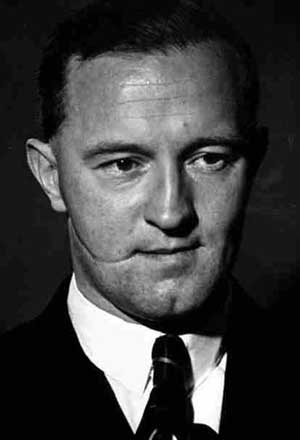 This is a remarkable controversial case of William Joyce who was the last person to be tried for High Treason in Britain. Giovanni Di Stefano investigates the life of the man who famously broadcasted Nazi propaganda from Berlin daily to the UK.

By looking at the facts of the case and new evidence that has come to light we ask whether Joyce should have been hanged for treason against the British King…and whether he was in fact British at all.

Lastly the question is asked… what role did the American Government play in the execution of the man who claimed US citizenship until his death?

Online Publishing Company tells the story of William Joyce from the American perspective. Born in Brooklyn on 24th April 1906 he grew up to be one of the most controversial figures in World War Two. During his trial in 1945 it was argued that Joyce could not have betrayed the British Crown through his Nazi radio broadcasts…because he was not a British citizen. But his pleas of American citizenship went unheard and he was found guilty because he had lied about his nationality ten years previously to gain a British passport. Now, nearly 70 years later we scrutinise the evidence and ask was this an unjust execution of an American citizen or did he simply get what he deserved?

Heather, Joyce’s daughter from his first marriage spoke exclusively about the life of her father. She talked about whether he was actually a traitor and how she has grown up under the shadow of Lord Haw Haw. 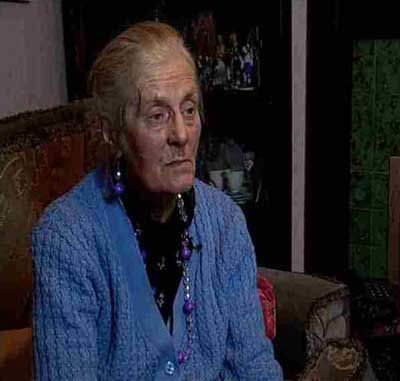 “On the last page of his last letter on the morning he died he made it clear that he was dying for an ideal. Even if Hitler had a mistaken ideal he admired anyone who was idealistic. But he did admit that Hitler had wanted too much…” 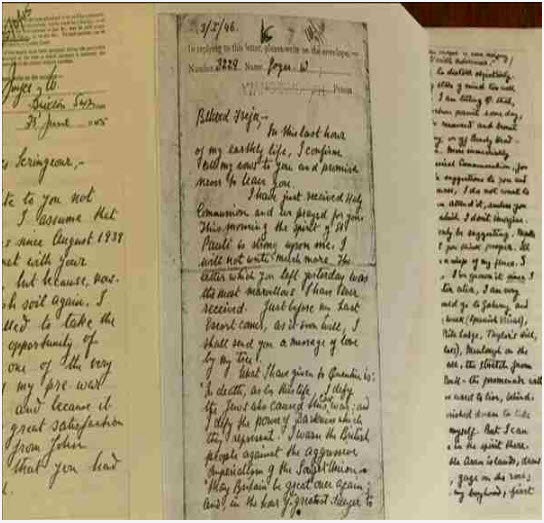 In the UK Giovanni Di Stefano is leading an appeal against the conviction of William Joyce. He has studied the case in depth and has found evidence not just to prove Joyce’s US citizenship but also potential links with the British secret service MI6. 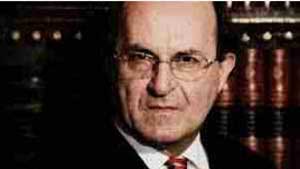 “This case is about betrayal not treason. William Joyce was betrayed by those he worked for and trusted. It is an injustice that cannot be allowed to stand. It is why I have disclosed the true position. Silence was no longer an option.”