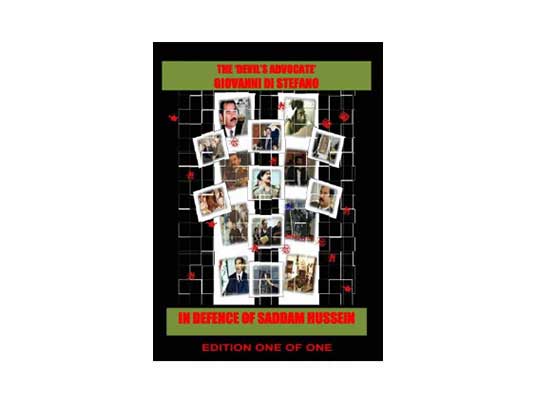 In March 2003, a coalition of countries led by the United States of America and the United Kingdom invaded Iraq to depose of the fifth President of Iraq, Saddam Hussein, after US President George W Bush and British Prime Minister Tony Blair accused him of possessing weapons of mass destruction and having ties to al-Qaeda. Following Saddam’s capture in December 2003, his trial took place under the Iraqi interim government, leading to his execution on 30 December 2006.

Giovanni Di Stefano, known as the ‘Devil’s Advocate’, was assigned as Saddam’s Defence Counsel during the trial in Baghdad. This book is an account of revelations, facts and covert documents that led to the execution of Saddam Hussein. Di Stefano pulls no punches and spares no-one in what has become recognized as the most controversial event of the last two centuries. From his first trip to Iraq in 1998 to the aftermath of Saddam’s execution, the Devil’s Advocate unfolds truths, secrets and the realities behind the Iraq Occupation.

If you want to know the facts and covert documents that led to the execution of Saddam Hussein Giovanni Di Stefano has once again published ‘The Truth and Nothing but the Truth’. However to publish the full factual evidence Giovanni Di Stefano has had to publish the book in two sections. Therefore it is recommended that book 1 and 2 are bought at the same time to read his revelations in full.

Buy Edition One of One on Amazon

Buy Edition Two of One on Amazon