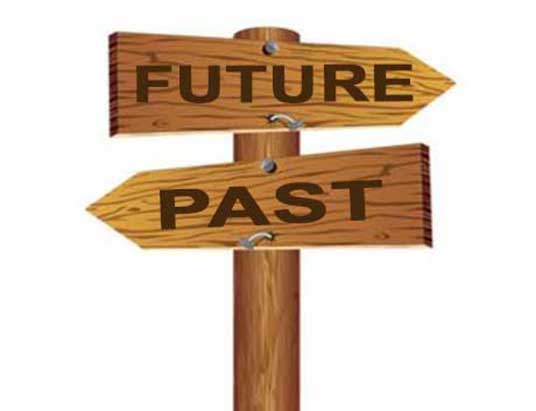 The law – Only three letters make the word law, but boy oh boy what an impact. Funny isn’t it that small things seem to be the most perilous? Napoleon, Hitler, and a good few more, but the word law is by itself.

Yet, I say the law is the most intrusive noun ever. I bet a pound to a penny (I have neither) that you have not given the law much thought, but let me tell you just how controlling and toxic it is. OK here goes: well first of all something that we take for granted:- air. The air we breathe is protected against some form of pollution or another by the law, and its gone crazy, by being now a political issue and political parties have been formed based upon the air we breathe and the law that seeks to protect it: the Green Party.

So 24/24 the law is around us via air. Then by the time you get out of bed and want to wash your face, go to the toilet and brush your teeth. The law is there to protect the water from the taps, toilet and different water tanks. Big penalties if you breach that law. Brush your teeth? Well the toothpaste is also subject to law, as to what chemicals can be included and to ensure they are properly described. Then the pyjamas and clothes we wear all depend on where they were made and the law also interferes into that, let alone the bed sheets and bed itself which is subject to law and fire standards.

Moving to breakfast:- hey ho the milk, cereals, appliances we use, the electricity, and how much of what can be included in food is subject to thousands of laws. Even the damned publicity in promoting breakfast food is subject to the law and we have only just arrived at breakfast. Modified foods? Wow that is more law that I dare not even get into.

OK let’s say we move on to school or work. Well, how we travel there walking or transport is subject to law. Roads, train tracks boats and the river, canals, or air is subject to myriads of diverse laws. The road surfaces, pavements, speed; duty to obey rules my sweet Lord and its only 8.30am.

I think you are getting the picture. Then arriving at school or work, another legal nightmare, at school, whether state schools or private schools, heaven knows the insurances, facilities, discrimination policies, subjects studied, and content or work spaces, a nightmare including the legal hours one is at school or work.

The law controls everything. I want to give you now an exercise and see for yourselves. Get a large piece of paper or a blackboard/whiteboard call it what you wish as there is a law, also, on what one can call an object, but get one and start writing from midnight to midnight how many things in your life are governed by the law. List it all please I have given you an example, and when you are finished you will feel fear just how much you are controlled.

To give you an impression is to how hated lawyers and the law is think of this:- when revolution occurs in any country the first thing that happens is to overthrow the legal system, because the blame is on the law for the ills of a country.

So never mind the selfies and ice bucket challenge write up the list and post them and then see exactly the true state of play. Only then can we do something about it. Let’s call it the ‘Law List Challenge.’

Now, I have (sorry to say) to be a wee bit controversial. It is not really in my nature to do so, but I must. A few years back I was quite annoyed with some of my children and still am in a kind of way but for different reasons. I have to say though I am wrong. Yes, you heard right I am wrong. You see, finding myself in this predicament I expected a lot more from my children and family, especially ‘after all I have done for them’ and I got it into my head all the things. Well, I say rubbish to me. Yes, it’s pure and utter nonsense.

From the moment that they were born they owe me nothing. You see it’s the other way around. A parent owes its child because the parent created the child. All the things I have done for my children is no more than what is expected and that legitimate expectation is unconditional. So, it’s of no use that my children who are near to me here are under any obligation. No way, because they owe me nothing, because all I did for them was what was expected.

Now it’s taken me over 1300 days to figure it out and what has thrown me is that I see a lot of people here supported emotionally and financially by their children and some put a lot of pressure on their children to do this, that and the other. I was effectively being ‘shaped’ (read Prof. Colin Blakemore on that as I know him from Cambridge University where he was a lecturer in physiology) but it only damn well dawned on me a few days ago, what a darned fool I have been.

You see in life it’s not at all about what people think. I have been pressured into that all my life by my parents. In Italian it’s called ‘figura’ which can be good (bella) or bad (brutta) which must be avoided.

It’s about what you damn well feel not what you think. So long as my children feel for me, and they do because we are bound by blood who the hell cares because they owe me nothing.

I do believe that in Shakespeare’s King Lear comes the great quote:

‘Speak what you feel, not what you ought to say.’

Phew… glad I got that off my chest. It was about time. Now probably the most controversial shall we call it ‘thing’ I have ever been involved in – maybe. I don’t know but its close.

Not many of you may remember Harold Robbins but I knew him. His claim to fame is that he was a great writer and on the cover of his books his wife (I think 7th a blonde of course) was the model. Look him up. He wrote a Stone for Danny Fisher,’ The Carpetbaggers,’ Stiletto’ and a great book called ‘The Dream Merchants’ which when I was at MGM I almost got remade back into a film. If you can find the TV series watch it because it’s great and gives you an insight into Hollywood that I was honored into seeing first hand.

There is a great line in the book that says: ‘No man is rich enough to buy back his past.’ You will say ‘what is so controversial as that?’

I sure as hell am not and never have been. Donald Trump is neither, and neither is in fact anyone because we can’t (yet) go back in time. We can ignore the past (sometimes at our cost) we can learn from the past and we can photoshop the past…well maybe not as you are about to see.

Many newspapers fear the Royal Family and quite right too. I hold the Royal Family in the highest of esteem. I was honoured to sit next to Princess Diana at the red carpet night of our MGM Film ‘The Russia House’ and wondered why Charles preferred to sit three seats away.

But for this piece of controversy we must go back to the year after my uncle (Nicola) was born:- 1933.

As I say no one is rich enough to buy back their past but some do try hard, hard, hard.

Sometime ago a newspaper was able to obtain a photo of a very young (then) Princess Elizabeth, Queen Mother Elizabeth, King George V and little Princess Margaret.

Much was made of the Duke and Duchess of Windsor meeting the German Chancellor Adolf Hitler but little attention was played to four years previous in the pose that I also publish.

You see we should never be judged by acts of the past.

I can only but ask that no one judge me by my past.