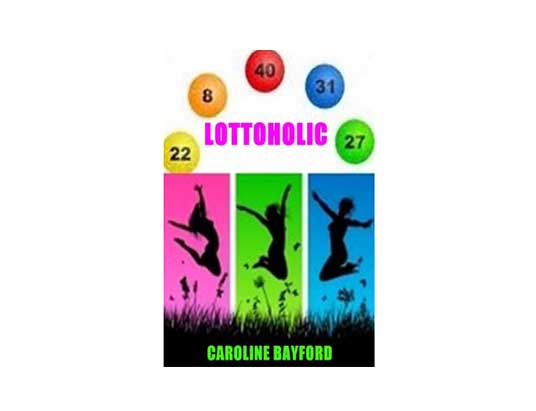 Lottoholic is a story of three girls in their early twenties living together. Fee is steady and prudent, Jemima a complete spendthrift, gambler, gets too involved with other people’s problems which sometimes, well nearly always lands her in trouble…to Fee’s despair.

And Bryony is a loveable, but troubled young woman who is wanted by a Moroccan gang in London, Jemima is frightened for Bryony’s life and therefore gets a plan to help her new friend out, leading them into all kinds of trouble and strife.

When things start to ease on the Moroccan front, Bryony gets on with her life, with the help of Jemima and Fee. Bryony being grateful to Jemima for taking her in covers for Jemima, while she gets up to all kinds of antics behind Fee’s back to win the lottery – and she will win – because isn’t that what the fortune teller told her years ago.