When President Donald Trump at his daily press conference on Wednesday 18 March 2020 used the phrase “…the Chinese flu” it was a déjà vu moment. In 1918 it was the then US President, Woodrow Wilson, who called the flu epidemic, that killed 50 million people worldwide, the ‘Spanish Flu’ only because it killed the leading member of Spain’s Royal Family. The so-called ‘Spanish Flu’ originated from a farm in Kentucky, USA, and a farmworker who joined the US Military and took it to the trenches in France. If anything, it should have been the ‘American Flu’ but that would not have been good for the US Public Relations Machine post World War One. 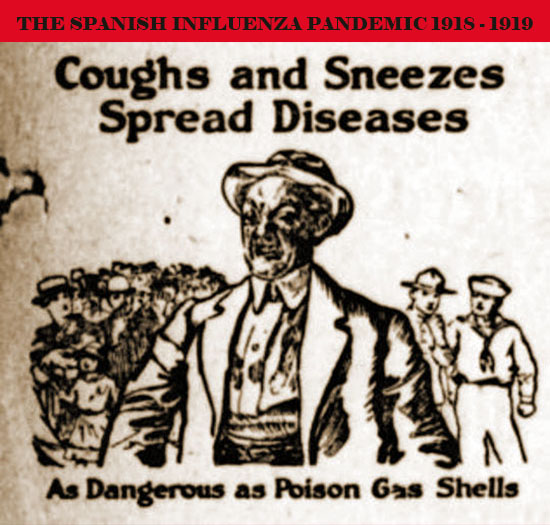 Prime Minister Boris Johnson in his press conference on Thursday 19 March 2020 gave a semblance of Pandora’s Box saying that “…we can beat this flu thing in 12 weeks if all pull together and follow the direction of our experts.”

Consider the facts and figures: –

When one considers the facts and the evidence, as opposed to conjecture and speculation, the question that requires an immediate reply from all governments is simple: why the panic?

The advice from experts are relatively easy to follow: –

*Move around as much as possible in your house or garden

*Get fresh air regularly but do not leave your house.

*Take paracetamol to ‘alleviate’ the symptoms.

*Stay busy with activities in the house.

*Clean your toilet thoroughly each time you use it.

Those instructions do not seem to be from any kind of illness, infection, or disease that can remotely cause: –

*Europe to close its borders.

*The USA/Canada to close its borders.

*Keep citizens worldwide, in a form of home detention.

So, as Burt Bacharach wrote:

‘What’s it all about Alfie? Is it just for the moment we live?’ 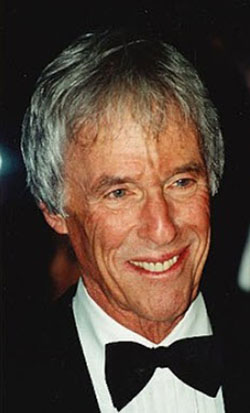 What actually is known about Coronavirus Covid-19 that has achieved such a turmoil with journalists using superlatives galore in the damages caused by this virus?

What is required are facts and not scare stories. It is evident from the facts that tuberculosis kills many more people than Covid-19 because the deaths reported are from 9 January 2020. What is actually known about this crown-like pipsqueak that has placed the entire world on hold? 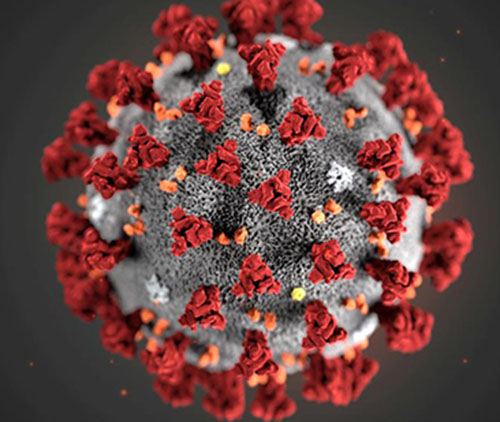 Corona is Latin for Crown, and the Coronavirus is aptly named because when the virus is viewed using electron microscopy there are crown like spikes protruding from its surface which literally ‘snatch’ human cells. Once in the grip and bound to the cell, the spikes uncoil puncturing the cell wall so the virus can enter. Once in the cell the virus releases a fragment of genetic material called ribonucleic acid (RNA) and the infected cell then responds by making proteins that foil or frustrate the immune systems’ attempts to attack it and as the infection progresses the cell machinery is ambushed and forced into making copies of the virus. They then target the protein molecules that make up the spike. The virus is hard to provide conventional vaccines such as those for Ebola and Zika because Covid-19 mutates rapidly. That is why flu vaccines have a seasonal lifespan.

What scientists have developed leads to the production of a basic vaccine which can be quickly, easily, and cheaply tweaked to combat the genetic information from any newly emerged virus.

In theory, it should thus be relatively easy to find a solution and it follows that as President Trump has announced a miracle has happened.

So, what is this miracle and all in record time?

In 2002, when another strain of coronavirus (yes it has been around a long time) it took almost two years for the US health officials to start human testing for a vaccine. No one really asked why the USA should be wanting to look for a vaccine when SARS was limited, mostly, if not solely, to China. Could it be that the USA sought to profit on a calamity?

Why such interest in vaccines? What actually is a vaccine? Well, a vaccine works by pushing the body’s immune system to recognize microorganisms including bacteria and viruses that cause disease. What a vaccine does is it tricks (defrauds if necessary) the body into thinking it is under attack. As with most vaccines, a dead or live form of virus is grown inside living cells in a laboratory, then introduced into the body by injection. The immune system recognizes the virus as ‘enemy’ and creates extra proteins called antibodies to fight it off. If then a real virus attacks the body it is instantly recognized and attacks it.

The interesting aspect to all of this is quite concerning. On January 10, 2020 scientists in China cloned the new coronavirus that originated (accepted but not conceded) in Wuhan and published online a map of all its 30,000 plus genetic material or ‘letters’ of its genetic code.

This is now the concerning factor: – other scientists around the world were all able to grow their own synthetic version of the virus using the codes that the Chinese had posted online. That should have been solely for scrutenising it and trying to identify and potential weakness…but who knows?

China is now, it says, out of trouble with coronavirus and no new domestic cases are being reported. Whereas, Italy and Spain are suffering the brunt of the mortality rates. So, what is actually being done with regard to a solution? Both Trump and Johnson have announced discoveries of a vaccine which should soon be in circulation.

There are about 40 companies – the list is growing daily – of companies and institutions worldwide working 24/24 to develop a vaccine for commercial use. 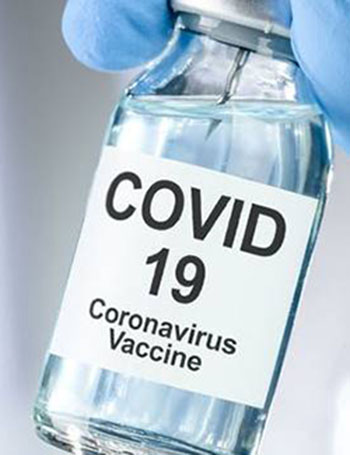 Moderna is Boston (USA) based and strangely backed by, yes you guessed it, UK investment, which has started human trials. The UK’s Chief Scientific Officer has expressed how quick and great progress is being made in the UK with a vaccine. CureVac from Germany has attracted the attention of the USA owing to Trump offering unlimited funding if the vaccines were made available ‘exclusively’ to the USA. CureVac has been promised 80 million euros from the European Commission and 50 million euros from Bill and Melinda Gates Foundation to produce the vaccine quickly.

Novavax a US-based biotech company is developing a new vaccine by tweaking those developed by the two previous coronaviruses namely SARS and MERS.

President Trump has undertaken the Covid-19 vaccine will be ready before, yes before, the Presidential Elections in November 2020.

What a political goal that is which will for certain secure re-election. It will also secure the United States of America victory over the whole world without going to a state of war.

Whoever gets their first in the vaccine manufacture controls the world. That is what we are led to believe.

That, however, will only work if we all believe that we are in such a danger that we need the cavalry to rescue us. You only need saving if you think you are going to die.

Modernas’ share price has already hit the roof so they are winners regardless. Strange to know that Modernas’ vaccine research was funded by the Oslo based Coalition of Epidemic Preparedness Innovations a three-year-old partnership of governments (including the UK) industry and charities that were formed post-SARS/Ebola/MERS/Zika. The funding for Moderna and three other research facilities including one at Oxford University comes to some £2 billion.

With an average retail cost of between £500 – £1,000 depending on how rich the country is and with a world population of 8 billion it is easy to see the commercial sense.

SARS/Zika/Ebola/MERS were only local issues yet they altered much around the world, but they were still only local issues. Ebola did not hit the UK or Italy. A nurse contracted it, but not in the UK.

Within days of the UK coming out of Europe and with a newly elected Conservative Government, it faced the ‘Covid-19’ crisis. The whole world has been shut down owing to a virus that we are asked to help alleviate it…paracetamol costing some 20 pence for 16 tablets. Can an ant really down a rubber tree plant?

Not by itself. What had to occur was that the whole world had to be indoctrinated into the Goebbels’ methodology of public relations. Make the public believe that there is an enemy and they will fight it for you. 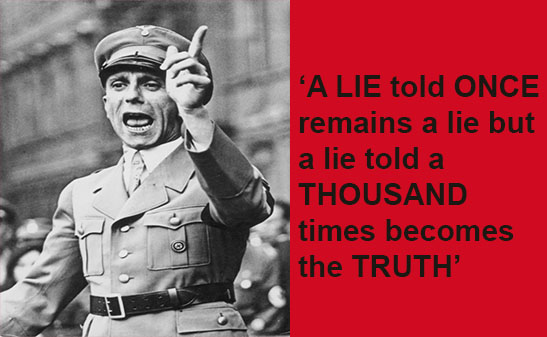 To do that all other news had to be culled. So, all sporting events were called off worldwide and the Japanese who want to go ahead with the Olympics are labelled serial killers on social media. There is no more talk on terrorism, Syria, Iraq, ISIS, crime, and on a plus side, the environment is greener.

All the world news is about coronavirus 24/24 and as any good psychologist will tell you it is tantamount to catching the ‘Stockholm Syndrome’ and the consequences thereon.

Two countries that seem to be more ‘in the know’ as to how to deal with the Covid-19 are the USA and the UK. Both, Trump and Johnson are very cool, calm, and confident, notwithstanding, that China, Italy, and Spain have to deal with the dead.

The big question is how many copies that formula and grew in laboratories Covid-19 virus? Who stands to profit from any vaccine and who has funded the search for the vaccine?

Once some answers are forthcoming and the panic stops then, and only then, can some form of normality be restored and any wrongdoings be prosecuted.

As an after-thought look at the countries affected mostly and the relationship with the USA/UK:- China, Iran, countries within the EU?