I wonder if you know what the word Alien actually means?

It is, as most public school attendees know originated from the Latin ‘alienus’ meaning ‘unfamiliar’ or ‘being from another world.’ That, of course, is one but many, because dissecting each word and phrase derives many more until the actual word is unrecognizable from its true meaning.

Ok, you may say where the ‘bumba’ is this all leading to? Well, let me answer. ‘Beings from another world’ throughout the ages have been portrayed in many incredible ways, and so much has been written about the Earth having ‘visitors from outer space’ that no one really knows what the hell to believe. Even Mussolini had in his briefcase (when he was murdered on the orders of Churchill) some kind of papers about a spaceship having landed in Italy. The contents of the briefcase are a closely guarded secret. For years it was denied he even had a briefcase when he was shot but those of us in the know, serving the State’ know, much more than is wise for us. Some even keep copies. Then, someone came up with the story that in the briefcase Mussolini had a letter from Churchill giving his asylum. That was denied by the British and Italians although, it was not clear if a copy of any letter Churchill is supposed to have written offering Mussolini asylum was denied, or whether Mussolini had a briefcase at all was denied. You see if it was the first, then you can only deny the existence of a letter if you know that there was a briefcase to carry the letter. See what I mean? 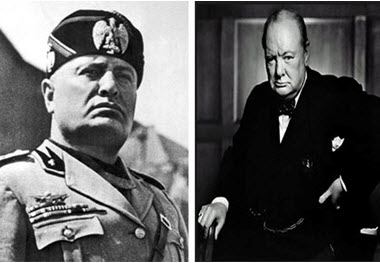 Anyway, digressing from the meaning of the word alien to Mussolini, but there is a connection, and somewhere (not telling you where) I have a copy of the plans, and the papers relating to Mussolini and the alien spaceship,’ that supposedly landed in Italy. I will, of course, publish them at some time or, if I’m smart, I will save it for my next book.

Do I believe in ‘aliens’ from another planet? Do I believe that they have come in spaceships’? Do I believe they are still here, today, right this minute and watching every move I and eight Billion other people in the world make? 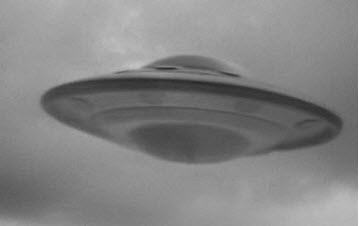 By the way let me just digress a moment on the population of the world which, give or take a few, is around eight billion and forever rising. Seems we so-called humans prefer to procreate more than withering away back to the earth where we supposedly came from. I don’t know about you, but all the admissible evidence suggests I came from my mother’s womb, not the earth, but hey let’s move on. About eight billion people in the world and then we come back to our aliens.

In a court case that I was defending with a very famous Queens Counsel, now happily sunning himself in Bermuda having left the ice chilly winds of the Court of Appeal in London far behind, we were faced with DNA evidence that stacked up heavily against our client. The scientist told the jury that our client’s DNA was found on the knife that was used to commit the act of murder, and it was a one to one billion chance that it could be anyone else’s DNA. “Need we say more” said the prosecuting QC with a big smirk on his face as if to say ‘get out of that one.’ Well, I told my best friend, imminent QC, to ask the scientist two questions:

Question 1:- Do you know the population of the world to the nearest billion, and

Question 2:- Can you exclude it could have been any of the other 7?

As we served an alibi notice, then with seven other potential suspects, that plod had not, of course, bothered to investigate; the jury had to return a verdict of not guilty.

Cases like those that have landed my best friend, famous QC, working in Bermuda and, meet the Highest Point dormitory in Suffolk.

My God some digressing though but let’s get back to aliens. A very touchy subject this and one that may well lead the United Kingdom (United my a… says Ricky Tomlinson…you know the actor who is trying to have his conviction in the miners’ strike 50 years ago quashed) to leave the European Union. 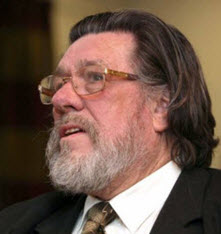 Now, me, personally do not want to see the United Kingdom leave the EU. I prefer to see the EU kick the UK’s backside out of the EU and, in my manifesto in 1995 for the Italian Senate I had that as a manifesto promise. OK, it’s taken over 20 years for the UK to do it themselves and I guess I shall have to be satisfied with that.

Back to aliens now.

Ooooooooooooooops typewriter moved a line by itself. Was that because the aliens are watching me and now know I am on to them?

I do believe aliens are here. I do believe they came in spaceships and I do believe they are watching over all of us all the time and, outnumber us and, can and, do kill us at random. You know what comes to mind? A phrase from Shakespeare’s King Lear:-

‘As wanton boys to flies are we to the Gods

They kill us for their sport.’

I guess Shakespeare and I had something in common we both understood aliens.

Now, all reading this will take me to task I know. Where are the aliens? What evidence do you have? And, on what grounds do you say that they are watching over us and kill us at random when they so choose? 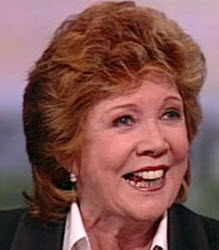 ‘A lorra questions’ as dear Cilla would say. Wonderful lady Cilla Black. Her best song was from an Italian song called ‘ll mio mondo’ in English ‘You’re my world.’ Hey try and download my version of that song which I did partly in English and partly in Italian. Why did I do it in both languages? Well for the full SP (do you know what SP stands for? ‘Starting price’) you will need to read my autobiography available on Amazon but hey I’m in a good mood so I will tell you: – when I was thirteen I had a group called ‘Chuck Wills Widow,’ and we played a ‘gig’ (listen to me as if I was Rod Stewart or something…well Rod did play at Parsons Hall in Irchester, and did date my friend Janet Harrington’s sister…blonde etc) at Wollaston School and, it had girls and boys and, I said to Rod Bayes, Clive Gibson and Terry Greenhalf and my cousin Giovanni Carrea that I wanted to try a song in both Italian and English an Englebert song ‘A man without Love’ and, I did it and, when I came to the Italian part all the girls went gooey and screamed with joy. Well, those reading this can get my version on my CD which is available to download. Golly gosh we are playing ring a ring ‘o roses here but I promise we are getting to the aliens point that I started with Lord knows how many words ago. 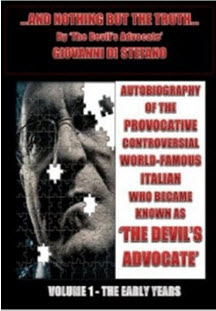 There are a million diseases and virus infections, rashes and a host more. What do we know about those killer diseases? The answer my friend as Bob Dylan sang is ‘blowing in the wind.’ In other words, we know the square root of sweet Fanny Adams.

Ah, we must just a moment digress- yet again. Fanny Adams, do you know anything about the name and why it means what it does? What does it mean I hear some say in my ear? It means ‘nothing.’ Well Fanny Adams was a servant girl who was murdered, and her body was cut up into many, many, pieces so that there was nothing left of her to identify, thus the name Fanny Adams is synonymous with zero. 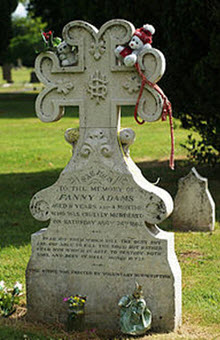 Let’s get back on track to aliens. ‘I believe’ (a great song, by the way, by the Bachelors which I re-recorded with them and is available to download) that all the viruses, cancers, all types of germs that infest our body are aliens, because we don’t know how they get there, we don’t know why they infect our bodies, we don’t know how to get rid of them, and we don’t know anything at all really about them, other than they are from some other strange system, or as the word alien also means ‘unfamiliar.’

The biggest problem humans have faced is that ‘aliens’ have been portrayed, by science fiction authors, as large funny coloured, two or three, headed/eyed monsters with helmets. Well, if you look deeply at some cancer cells and, viruses and, germs it’s not so far out a description especially if you use an

Oooops yet again the typewriter develops a mind of its own…or is it the aliens that now have confirmed I’m on to them? 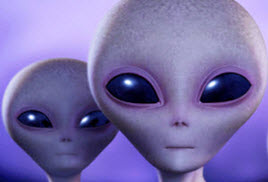 So, what I have established is that since Eve ate from that damned apple tree (by the way did you know that John Lennon did not want to call the Beatles Record Company ‘Apple’ because he thought it would bring bad luck as Eve had stolen an apple from the forbidden tree, but Ringo Starr yes, Ringo, -who I have known since he hooked up with Barbara-convinced him) humans and animals have been attacked by aliens from another world or worlds since that awful day way back when. 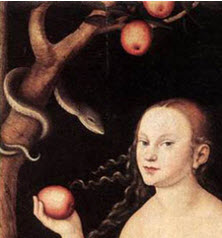 Give it a thought and you will see that I’m on to something; although, what we can do about it heaven only knows. Every now and then when humans are not killing each other in wars, then the aliens kill off as many humans as possible, which is why throughout history we have had plagues, pests, epidemics and even the Ebola virus of late, they are all aliens attacking the world. You see aliens are smart. They don’t destroy infrastructure as we humans do in wars. They attack humans and cull the population so they can keep it in moderate check.

Instead of fighting each other we should give up our military, and concentrate on attacking the aliens within us. I mean, for heaven’s sake it’s only since the Second World War that Ian Fleming produced Penicillin and that only keeps the aliens at bay. 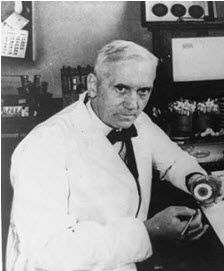 Now the big secret:- how do we know that governments do not already know this for a long time, and put out erroneous images of ‘aliens’ so as not to panic the population? In short as Mr Micawbre said we don’t.

Well now perhaps this case of the aliens within us should be considered.

How about that letter from inside comeback? 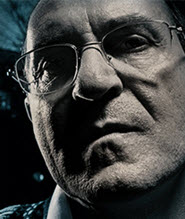