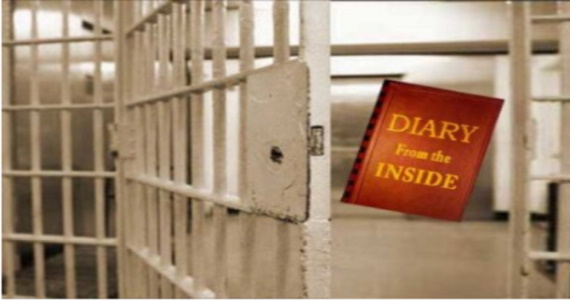 18.06 – Big decisions are easy when you have no other options.

14.18 – Whenever there is a battle between truth and power, then truth always comes last!

12.55 – My handwriting is getting worse no matter how effing hard I try. This morning I could not remember if I had taken my medication. In fact, its nearly 13.00 and I still can’t remember. I have a safety valve though – if I go to the toilet and my urine is yellow then I have taken the medication. I have placed the medication on two separate shelves and in two boxes so I should remember if I have taken it because of the mechanism of taking it but I don’t, so what the hell I will just take it again and well… what the hell!!!!

18.46 – A lot has happened today that I don’t even know where to begin. I received today from Caroline ‘Salmon on Torts’ which was the first law book I bought as a law student. It brought back many happy memories. What a lovely gesture from Caroline.

16.10 – Some incredible news came in today that beggar’s belief and puts to shame the last nine years.

19.31 – Anyone who slags off the UKs NHS will have me to deal with. I went to Henley-on-Thames Hospital and wow!!! The GP referred me on 1 April, and I saw Doctor, Registrar and Consultant today with no waiting. Great service. Thank you, NHS.

19.59 – OK, it’s a morbid thought but I was thinking tonight this: Who? If anyone, will be with me when I die? Well, none of my children actually either live or want to live with me, and my Consort… so I guess that excludes them unless, of course, I were to die if any of the children were on holiday and by chance happened to be around!! My Consort? However, if I were to die when, say she was out at the supermarket or at the hairdresser, or petrol station???? Well, the next question, I guess is… if I actually want anyone around? That solves it – I don’t so. I guess it’s all academic anyway, but it has passed the time!!!

14.28 – Well, what a coincidence. Yesterday I wrote about dying alone or who will be with me, and from this morning I have had chest pains which, I think. – I hope – are just skeletal and nothing serious. I have had bad luck with my health since 2010. Although I did beat prostate cancer with the fantastic lowering of my PSA. However, I don’t feel well and don’t understand why I am still here. I have, however, a deal with the governor of Highpoint that if I died, he would guarantee returning my body to Italy – however, I am not in his custody, so the agreement may not be valid. Oh well, we will just have to see exactly “wa gowan.”

16.20 – Yesterday I thought my number had come up and it was the end. I had terrible chest pains, but it was just skeletal. I strained myself quickly mopping the floor in the hospitality restaurant. Silly me! Never do anything quickly. Today my friend Brion cut my hair and it looks quite tidy. Tomorrow let’s see how quickly we can get my surgical intervention done.

19.18 – Today at ‘Rolls Inn’ we opened up properly. The first time in two years plus. It was nice to see people sitting at tables. Today, Caroline had to really hold her patience with the High Court to its limit. Sometimes I do believe they have it in for me. But you know what? It might be that they are just not efficient and have young cheap staff who don’t know what they are doing!!! Let’s see if tomorrow brings in some added sunshine.

19.30 – The UK Foreign Secretary has said that if President Putin has used chemical weapons, they will ‘hold him to account.’ Would they say that for the US President? Of course not. Russia has thousands of nuclear weapons, and it only takes 7 minutes for seven nuclear warheads to destroy all of the UK. Now I don’t agree with the war in Ukraine, but it’s not a good idea to threaten Russia. Let this war be resolved by diplomatic means, and then draw a line for the sake of all.

19.10 – What a day. Late in the afternoon after I had told HHJ Grieve QC to basically get lost he wrote back and offered a new hearing!!!! Wow!!!

20.15 – Wow! The last couple of days I have worked overtime to help out. I did not know so much paperwork existed in the hospitality trade. But all that know me know that whatever job I do, I do to my very best and that is my character. It won’t change. I also get a chance to clean properly the Inn when no one is there to walk over the floors. But at 66. (Okay, I know I look younger, but age is not an opinion.) It does take it out of me. Today issued the 10-million-pound claim against the Daily Telegraph, and 25 million against the Justice Secretary. What has happened to me has been disgraceful, and many now know it.

18.30 – Saw Calum who is doing the podcast. A very nice guy. Did not feel well this morning, lost hearing in left ear for few hours. As I said getting old is not for cowards.

17.28 – Easter Sunday – so Happy Easter to all. Today I did…. zilch. Just relaxed and took in some sun. I am feeling much better. I took some medication the doctor prescribed me so feel better.

16.20 – Woke up again, not feeling well, but after taking medication, after about a couple of hours, more or less, OK. Heard today, that my good friend Con Cluskey of The Bachelor’s has passed away. Sad. He was a great performer, and with his brother Dec supported me right from the day I was unlawfully convicted. But others dropped me like a hot potato, both Dec and Con were there. Dec even came to see me at Highpoint. So, RIP Con Cluskey of The Bachelor’s, you will be much missed, your music will last always.

12.01 – Today is the day after the day before (if that makes any sense and who gives a hoot anyway) and work again. Let’s see what the day brings which is probably not much more that the day before. OK It’s one of those days.

Diary on The Inside