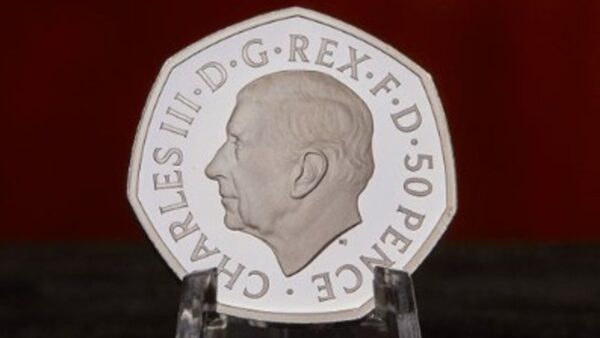 One of the coins will feature the King on its front and a tribute to Queen Elizabeth on its back but unlike his mother, the King will not be wearing a crown. And there is another key difference that eagle-eyed observers may notice.

The first coins featuring King Charles III will be in circulation from December.

The Royal Mint is making 9.6 million copies of the 50p coin, which also pays tribute to Queen Elizabeth II. The reverse of the coin is a replica of the one produced to celebrate her coronation in 1953.

The new 50p pieces represent the biggest change to UK coinage since decimalisation.

“For many people, this will be the first time in their lives that they have seen a new monarch appear on money,” says Kevin Clancy, director of the Royal Mint Museum. 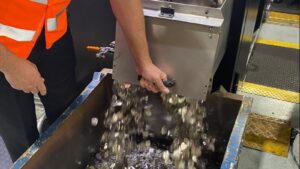 The portrait of the King sees him without a crown, a noticeable difference from his mother’s image.

“It’s quite common for male monarchs not to wear a crown on their coinage. It happened to his father and grandfather when they were on coinage,” says Rebecca Morgan, director of collector services at the Royal Mint.

“It’s quite common for female monarchs to wear a lot more regalia, so crowns, tiaras, jewellery as well.” 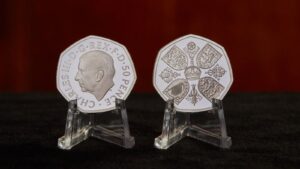 Another change is that His Majesty faces the opposite direction from his mother on the coins we currently use, which is in keeping with tradition when there’s a new monarch.

The new coin was designed by Martin Jennings and approved by the King. 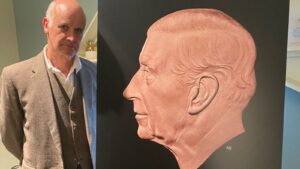 “It has to be an image that will persist over the years and that will represent the generality of what people imagine monarchy to be about. So it’s not just a portrait of him, it also needs to contain the role [of King],” says Mr Jennings.

The Mint will be making 9.6 million of these 50p coins and also begin producing others with the King’s head.

You will still see money with the Queen Elizabeth II for some time to come. Those coins will only be replaced once they are worn or damaged, in line with the wishes of the Royal Family, who asked for minimal waste during the process.

“Most people under the age of 50 have only ever seen Queen Elizabeth II in their pockets,” Ms Morgan added.

“It wasn’t unusual to see two or three different monarchs on coins before decimalisation.”