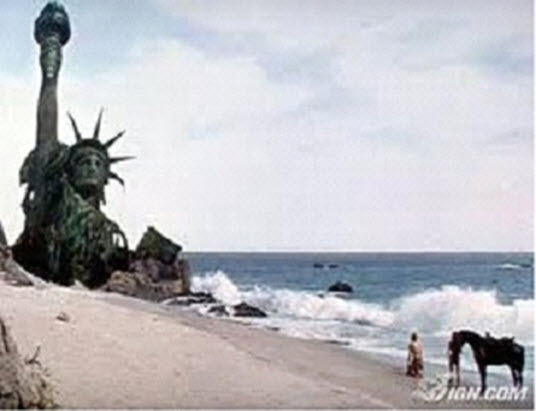 I have heard it said that almost any song written about ‘Water’ becomes a hit! The link with the top ten lists below does not include my personal favorite by, The Talking Heads. A cover song written by the Preacher Al Green: “Take me to the River” but it is comprehensive!

Because that is how it flows! Shapeless, formless ethereal waters are the tides of the timeless times, when one is in the zone! One tear drop can cause the ripple effect to butterfly-effect metamorphism’s vibrating out into all 12 dimensions currently connected with the power source.

THE PATH OF LEAST RESISTANCE

WATER THE MOST POWERFUL ELEMENT

A utilitarian survivalist friend of mine in the concrete business was doing a little research to try to find something organically safe and therapeutic to put into his pool. This is a person who runs his trucks on fast-food grease after distilling it.

He found: Diatomaceous Earth (pool grade) . . . and then (food grade).

The fossilized remains of Diatoms are a fascinating group of algae. Diatom cell walls are made of silica (hydrated silicon dioxide) and have a vast diversity of forms. This early Jurassic Period, naturally occurring, soft, siliceous sedimentary rock normally consists of two asymmetrical sides with a split between them, hence the group name.

A natural remedy for long host of parasites and illnesses that effect humans and animals that is not yet owned by the big pharmaceutical corporations and a gift literally from the underground . . . to my readers.

This natural substance of the Earth bares the finger print of a grand design called the ‘Torus Energy Field’ which is a blue-print found everywhere in nature, science and in the ancient spiritual texts from every race, creed, religion and culture throughout every era! 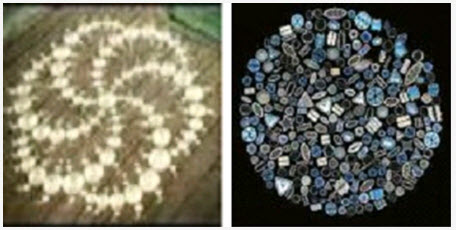 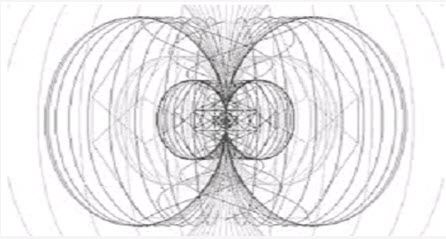 Alien life appears to have even communicated the torus to us in many complicated crop-circles. 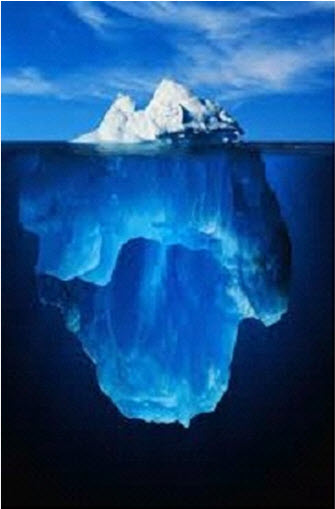 Everyone in the Western and 1st world countries appears to have agreed to perceive only the surface reality. As if we are all only skin deep stereotypes and preconceived erroneous notions of each other divided? Fear is propagated in this way. The American President who said, “The only thing we have to fear, is fear itself.” is still right!

The universe; the earth; and the human body, are all made up of around 70% water. We are all made in the waters of our mother’s womb.

EARTH AS IT IS IN HEAVEN

The Southwestern Hoover Dam and the Northeastern Niagara Falls water powered electrical dynamos control the majority of residential American power. Designed by Nikola Tesla who intended for people to purchase his far further advanced instruments for wireless power once and then let the owner collect their own free energy from the natural forces surrounding them.

American business men Thomas Edison and George Westinghouse among many others around the world did not see any profits in this beauty so they stole Tesla’s ideas and turned them into the monopoly of utility companies and the burden of monthly bills that are the “David Icke” reality of today. 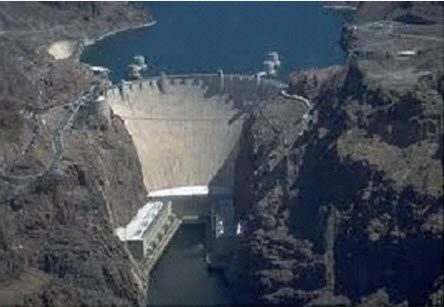 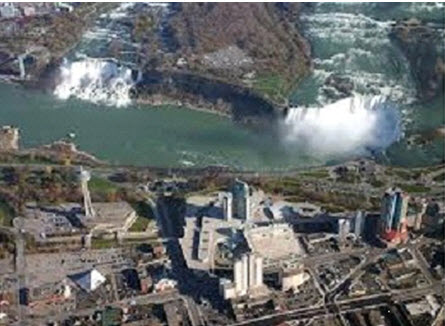 Tesla was typecast by the media of his day to be a “lunatic” much like Charles Manson, David Icke or even I are all still to this day. Like them, we have all been raped of our individual rights to have the free and natural resources of our planet; and of our rights to have clean, healing and holy waters.

But also like them, we can TAP these free resources and utilize them spiritually to paradigm shift our collective consciousness up a notch or two higher then the business men!.

Hydrogen is the lightest of all the elements. Water is the only substance on this planet that can exist in three states: solid, liquid or gas! Like body, mind and spirit. Or like the Wolfman, Frankenstein and Dracula; or even the Tinman, Scarecrow and the Lion; or the Son, Father and Holy Ghost; etcetera ad nausea trinities; comparatively and religiously speaking.

Science has admitted that we know almost nothing about water, (which is the equivalent of a drug addict finally admitting that they have a problem)!

Water is not only a physical substance, it is a certain spiritual–concept connected in a special way with the idea of eternal life! Water holds no form but it is shaped by the vessels that it is poured into! Water is the conduit between the spirit worlds.

Bruce Lee fought for and won in the East, the right to teach the West, the martial art form called: The Way of the Water. While mountains are known to be crumbed by the waters!

Roger Waters wrote, “The Wall” and regardless of Ronald Ragan and Mikhail Gorbachev posturing . . . Waters crumbed the Berlin Wall that divided East and West Germany, in my rock and roll generation’s history book! Jesus said, “If you say unto this mountain be thrown unto the sea and have the faith, it will be done.”

to paraphrase the Great Teacher.Jimi Hendrix sang Bob Dylan’s words, “Standing next to a mountain, chop it down with the edge of my hand. Pick up all the pieces and make an Island. Might even raise a little sand.” Raising sand: is an African Southern American colloquialism for raising children, not hell Those God-Spells work wonders!

The Great Mystery of Water

Some highlights below of the video above in case you skipped this well spring of information:

7:28 “Water has memory. …Water receives and makes an imprint of any outside influence remembering everything that occurs in the space around it. Any substance coming into contact with water leaves a trace in the water.”

9:44 “. . . but its structure, like a nervous system reacts to any irritation. Modern instruments has made it possible to record the fact, that within each waters memory cells there are 440,000 information panels; each of which is responsible for its own type of interaction with the environment.”

13:00 “Positive and negative human emotions are the strongest element of influence.”

Sciences & Religions in the unclean waters:

Revelation 16:3 “The second angel poured out his bowl into the sea, and it became blood like that of a dead man; and every living thing in the sea died.”

Sources show the droughts and poor water quantities and qualities from around the world.

And more disturbing facts, information and graphs concerning our world lack of food and water.

The above study shows that the pineal gland (third eye) is severely damaged by fluoride. This explains why people are having such a hard time in materialistic societies trying to evolve spiritually and morally. Being a “conspiracy theorist” as is my paranoid nature, the third eye destroying fluoride filled public water was and is, more probable then not, an intentional action! 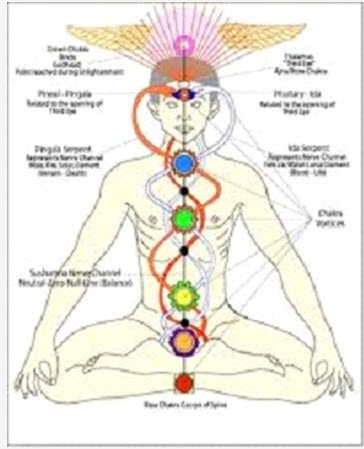 The Sky is Pink and some flammable water right from the facet!

Its not all doom and gloom folks. If that video makes you thirsty or (not) maybe we could get some of these blessed waters cleaned up someday, someway. 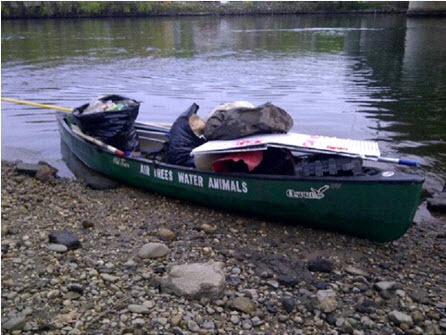 Photo courtesy of G. Waters @ http://www.facebook.com/otterwolf as you can see if you open the link, Mr. Waters walk’s the walk! God bless all the people like him!

H18O The Fountain of Youth

These things can be deceptive when you look for them on the internet. I do recall that this water can not be packaged and sold. It is indigenous of ‘blue-ice glaciers’ and to its elevations and proximities with the equator, in the handful of places where it can be found on the earth.

H18O turns back to H2O when it is moved or manipulated for the evil of money. The reader could learn more about miraculous Eastern waters here: 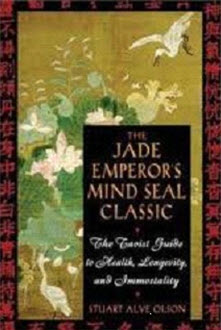 Or even Western waters here 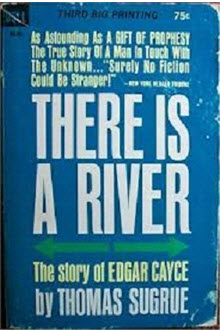 Warriors of the Rainbow! 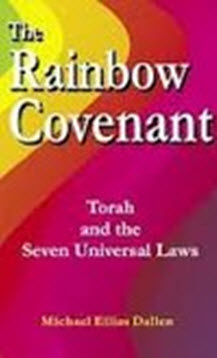 Michael Dallen, the author of the above book is a personal friend of mine and a respected elder.

While many of the people whom I love are all pieces of the peace prayed for by the Rainbow Tribe where: The Equal Rights of all men and women is but common knowledge! The link below is a must see; if you would know and fight for your own equality!