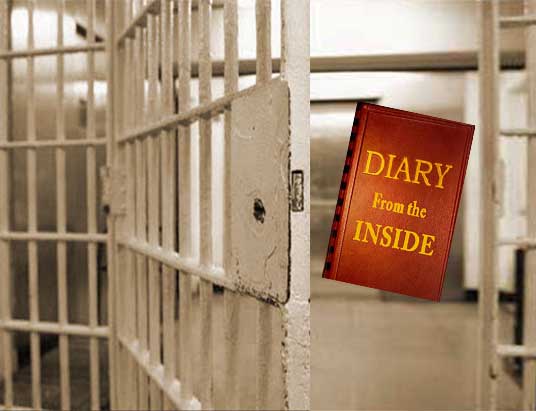 07.00am – Charles Manson is dead and I have no hesitation in saying that may God Rest His Soul and that he died legally an innocent man. Those that have followed what I tried to do for him and the resistance I received from the USA and some of his close supporters, when it seemed I might succeed in freeing him, will know all the story and no doubt Caroline can provide the links/correspondence. I note that the news are saying ‘he ordered the heinous crimes.’ Absolutely not true. He inspired the murders not ordered them which makes him legally innocent.  Like it or lump it there is nothing in the statue books about inspiration to murder. So I repeat Charles Manson has died a legally innocent man and I’m sorry I was not able to finish the task I started but the application to the Inter American Human Rights Commission is still live. I will now push it.

07.07am – On another front Robert Mugabe still refuses to resign. Why should he? last night Mugabe gave a television address to the nation and everyone thought he would announce his resignation but not Mugabe. he was having none of it. In many a way can you imagine if say this happened in the UK or USA? Could the Military take over? Well, it nearly happened in the UK in the 1960’s and Prince Phillip was involved. It was all brushed under the carpet but Wilson was almost deposed and as I say Mountbatten and Prince Phillip were involved. More on that one day!!!! 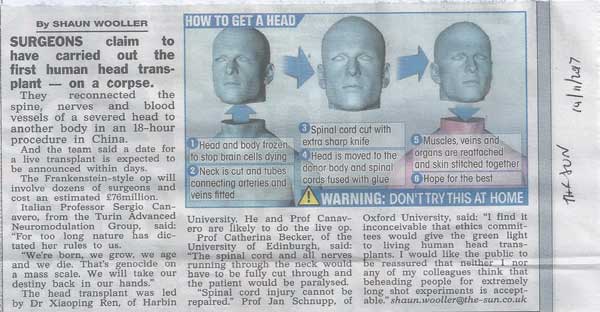 07.15am – Wow! Now, we are really entering a very dangerous phase but it was to be expected. Now we actually have a head transplant – I mean how much closer do we need to go to be the Creator?? That leads me to an insidious question:- Did God really create man or (this will now be controversial) did man create God?? How homo sapiens actually arrived on earth may be evolution or it may be theological but at some stage homo sapiens wanted someone/something to blame when everything went wrong or not according to plan so they invented an invisible, untouchable ‘power’ to lay all the blame and say “its Gods will.” You see before the invisible God came of fashion the ancient civilisation had God’s they could see, touch, feel. Soon though they were replaced by the ‘power.’ Gosh even Robbie Burns says “I world the power the gift e give us to see ourselves as others see us.” So what do you think – let me know – did God create man or man create God???? 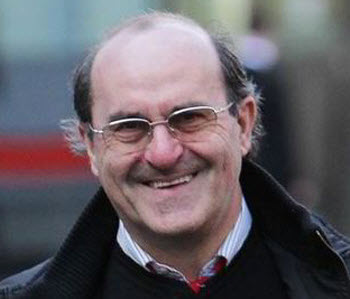