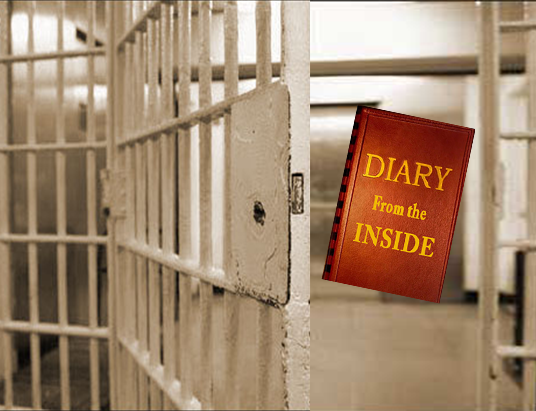 07.10am – Today my diary is about mendacity – or in other words – lies. We all know that what brought President Nixon down was not Watergate but lies. It’s what caused Jonathan Aitken’s, and Jeffrey Archer, to enter ‘Her Majesty’s Prison.’ However, I bet you did not know that during the Second World War the U.S. Government actually had a ‘Department of Liars’ which they aptly called the ‘Morale Operations Section.’

One of their jobs was to spread a story that a terrible catastrophe would happen in Japan ‘in August 1945.’ No one took it seriously because it seemed absurd and even the Japanese lowered their guard. Yet, on 6 August 1945, the first atomic bomb hit Hiroshima. A terrible, unbelievable, lie that became the horrible truth. The ‘Morale Operation Section’ also spread a story because stories help the War effort. It does not matter whether it’s true or not. This was the story: –

A U.S. soldier wrote home from a Japanese POW camp this: –

“…I’m OK mum and well looked after. Please don’t worry. Send my love to my kid brother and dad. How is Snap the dog? Hey, why not soak off the stamp on this envelope for my kid brother’s collection? All my love mum, your loving son, Wilbur.”

“They have cut out my tongue”

That enraged the American public and strengthened the will to fight the Japanese. One problem that many did not realize – POW letters did not have stamps!!!

(written 14 May at 08.00pm) – When talking about mendacity, and bedtime stories, how about this one from the Second World War told to children in order to hate the Germans: –

‘The little girl limped down the bomb-ruined road, past hollow homes and stepped carefully around the rubble! She was as thin as the rain that fell, and the sole of her shoes was even thinner. She clutched a small loaf of black bread to her thin chest.

It was growing dark and she wanted to get home before night fell, and rabid dogs, and rats, came out. Even if they had been working the twisted lamplights would not be lit. She stopped. There was a soft, regular click coming from a side alley. She froze and turned her head slowly towards the noise.

A man in a heavy army coat carried a white stick and was groping his way towards her. She stepped back and a stone clattered to her feet. The man stopped, raised his white face and eyes covered by discs of dark glass. He said: – “Is someone there?”

The girl’s mouth was dry. She licked her lips and spoke in a small voice. “Yes, Sir.”

“Gerda – a lovely name. Gerda, would you like to do something for the Fatherland? Something to help us win this War? Stop the bombs falling each night and set us free?”

“Are you a true German?”

“Then I can trust you with my secret,” the man said. “I have a very secret message. It must be delivered now, but I am blind and weak. I need a nimble young person to run like the wind. Do you know Linden Strasse?”

“There is a shop selling shoes at number 67. Go in and tell the old man that Hans sent you.” He reached into the pocket of a grey overcoat and pulled out a crumpled envelop. “And give him this. Whatever you do, you must not, I repeat, not look in the envelope.”

“Good girl. Stop for no one, tell no one, trust no one. Now, run along before it gets too dark.” 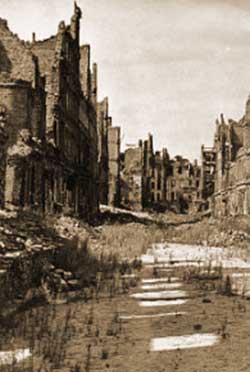 Gerda took the envelope, turned, and ran through the empty streets, past the shattered ruin of her old school and the splintered stumps of the trees in the park. The ground was mostly muddy and her thin soles slipped as she sprinted across the park lawns. At the far side was the police station, an officer pulling the blackout curtains across watched her.

She stopped suddenly, so much, that her feet skidded on the cracked paving. She calmed herself, turned and walked into the police station. The weary old man behind the counter looked at her through red-rimmed eyes. “Can I help,” he asked and though his thick grey moustache bristled fiercely his voice was kind.

Gerda told her story. The policeman nodded “I see,” he said, “sounds suspicious.”

“That’s what I thought! She cried. “I suddenly realised as I ran past here…how did the man know it was getting dark if he was blind?”

Gerda was as sharp as a razor. The policeman pulled on a cloak and threw it over his shoulders. “I think I will take that note to No. 67.”

It was later that night, as Gerda lay beneath a thin blanket and listened to the distant rumble of bombs that there was another rumble. Someone knocking at the door. Her mother showed the policeman into the house and Gerda sat up, wide-eyed, to listen. He told her what happened.

“There is a shop at number 67 run by an old man and his wife. When I went in the couple looked very nervous. Now, this was a cobbler’s shop so the smell of sour old leather was normal but the smell here was even worse. The man made an excuse and went through the back shop. I heard the back door open and close and realised he had escaped. So, I looked around the shop and then I looked down in the cellar.”

“What was there?” Gerda asked and clutched at her mother’s shawl.

“More horrors than I’ve seen in the whole of this terrible War,” the policeman groaned. “There were bodies, dead bodies. Most were cut up and wrapped into joints of meat to be sold to hungry customers.”

But Gerda had just one question “What was in the letter?” The policeman passed it across to her. She unfolded the paper and read it… ‘Dear Jacob, this is the last one I shall be sending you today. Your friend, Hans.’

Gerda felt faint and giddy “I was…”

The policeman nodded “you were next.”

Now is this a true story or just propaganda by the US/UK ‘Department of Liars’??? We shall never know. There is always some truth in lies 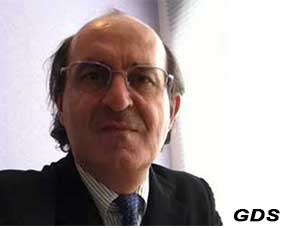 Now, my recording of ‘Somewhere’ for this diary insert – enjoy! 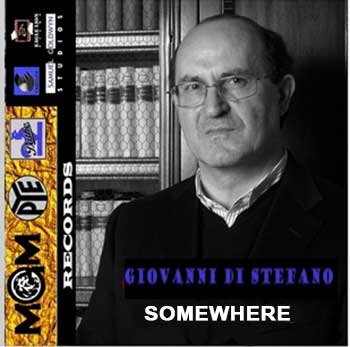