One of the worst aspects of the Secret Intelligence Service was the unexplained and annoying rivalry between the various dramatic personnel. Sir John Scarlett and Richard Dearlove were, but one truly, aggravating example, because it affected all concerned and placed many at risk.

I guess you could describe it like the rivalry between the ‘mods’ and the ‘rockers’ or the ‘roundheads’ and ‘cavaliers’ although it was hard to know at times which played what role. One wanted to be part of the intelligence collected, and the other happy with simply collecting data because the information was power. 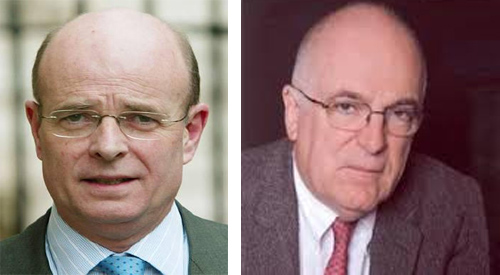 After getting the top job in 1999, Richard Dearlove was starting to change things at the SIS when he found that the whole World itself was beginning to change. He was then running after a snowball that was destroying everything in its way. That is why the mission in Serbia, in many ways, failed. Yes, the European Union on the activation of the UK and the US using the SIS rather than solve a problem created one, that would take a few generations to solve.

I told Dearlove that whatever bombs fell on Belgrade within twenty years, all would be back together again as before or the various regions that made up Yugoslavia would-be EU members. How right I was. The only problem is that many ex-Yugoslav citizens that joined the EU will be a danger to the very Union, itself because they will remember what NATO – the UK – the US did in 1999 and before. But my words would fall on deaf ears because although Dearlove could never understand that, for example, MI6 operatives working in Africa with camel drivers, could not be treated the same as those working in Washington at the White House and Langley. Yes, there are indeed covert SIS agents right in the heart of the American Government as there are in Italy, Germany, France, Spain, and other countries that need not be named – one such being Zimbabwe of the highest level.

On the morning of the 11 September 2011, Sir John Scarlett had been in his new role as Chairman of the Joint Intelligence Committee for a few days. Then things got from bad to worse. No one at MI6, really liked John ‘S’ because he was one who ate intelligence rather than digested it properly.

Hard to believe, but the dislike for John Scarlett was so much that he only knew of the attacks on the World Trade Centre by turning on the television. By the time Sir John turned on the television, the PM Blair was already on his way back from a TUC Conference in Brighton. Blair had no mobile phone until after he left office because he feared interception of his calls, some of which were more than personal, and more than to his wife. 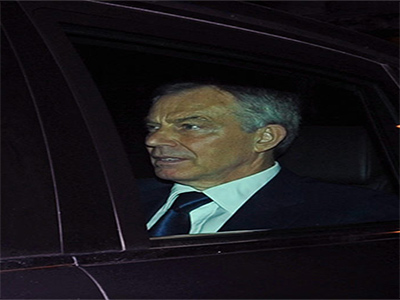 Scarlett, as I have said, was a man who devoured information, so within a few hours of the attacks in New York, Scarlett and Stephen Lander (beatnik) the head of MI5 was briefing Blair at Downing Street. Transcripts of those briefings were made by interceptions made by GCHQ of 10 Downing Street and read like a running commentary on events. What Scarlett may have lacked in experience (his claim to fame was running Russian agent Gordievsky) he made up in his prose, his vivid description is something else. 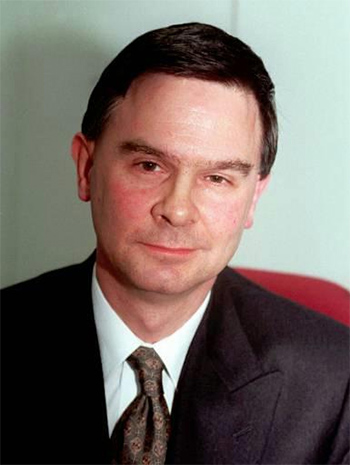 Richard Dearlove was on his way back from Stockholm but, was on a conference call which frankly was ill-advised but that day all the key players were very much like headless chickens running around, not knowing what to do.

Blair was even worse. Reviewing later the transcript boy, oh boy, did Blair use all the adrenalin in him. He sounded very much as if the horsemen of the apocalypse had arrived in his office. He even went on about modernization over fanaticism. Without anyone ever mentioning the ‘word’ he asked to see ‘all the intelligence on ‘Al Qaeda.’ He wanted this immediately and ‘to cover the last twelve months.’

That night after reading 29 paragraphs of somewhat innocuous reports, he told the British people that Britain would stand ‘shoulder to shoulder with our American friends.’ He wanted to say ‘brothers,’ but Alistair Campbell told him to use the word ‘friends. He obeyed. 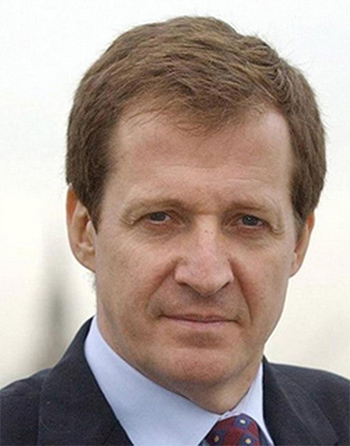 All at MI6 knew that there was a risk of something happening, ever since in 1998 I gave an interview to the Sunday Times and RAI TV that Osama Bin Laden was in Baghdad and dressed in Western clothes. Saddam Hussein hated Al-Qaeda and certainly had no time for Osama Bin Laden, who incidentally got all the arms he needed for Afghan wars against the Russians from Yugoslavia Zastava Company and guess who paid…Yes, the American Government. 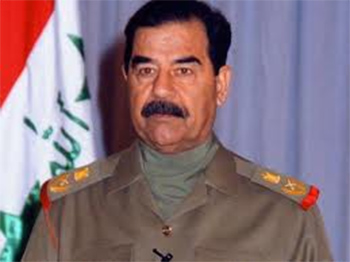 MI6 had prior information in June 2001 that an attack would occur, or could occur, on mainland America, and it passed that information on to MI5 Eliza Manningham-Buller. You may wonder why such information was passed on to the number two of MI5? Simple – the information had come to light that Stephen Lander head of MI5 was a Russian double agent. No evidence whatsoever, of such, but that was the talk and, so, information so important went to her not him, the Security Services have no mercy. 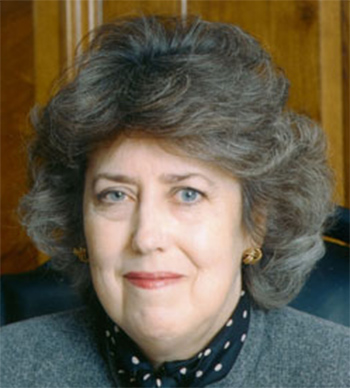 In June of 2001, there was a joint conference with the CIA but, as always when both MI6 and the CIA spoke to each other, neither party believed the other was telling the whole truth. That is what it has been like since I know. Worse, whenever there is a conference it’s like being in a room where there are ghosts or a feeling that a bomb could explode at any time.

Information was passed on to the CIA that a ‘senior Al-Qaeda man was planning a bomb attack in Saudi Arabia.’ On the 6 July 2001 the information was put in writing: – ‘The most likely location for such an attack on western interests by UBL (Osama Bin Laden) and those that share his agenda is the Gulf States or the wider Middle East.’ Scarlett went further saying that the so-called attacks were in the final stages of preparation.

I was astounded to find that the information was nothing more than, just hearsay.

But on 9/11 both Scarlett and Lander told Blair outright, without a shred of evidence, what Blair wanted to hear – it was the work of Osama Bin laden and that ‘he did this alone without the knowledge of the Taliban.’ 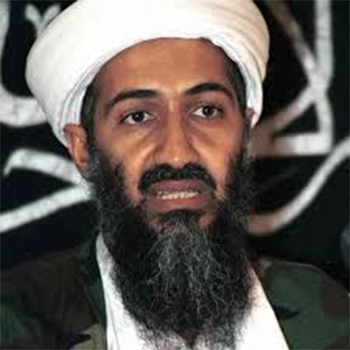 Incredibly Alastair Campbell, who was also present at the meeting – without ever being subject to the positive screening or security cleared – asked Scarlett how he would be sure it was Osama Bin Laden. The transcript reads: –

TB: George will want to know if Iraq, Libya or Iran are involved are you sure he did this alone – what about the Taliban.

Scarlett: Sorry to say but all alone with his operatives no government involved.

TB: That won’t go well with the US.

Blair then called an emergency COBRA meeting in the secure basement beneath Whitehall.

Blair ordered the airspace around Britain was closed until further notice. If COBRA thought they were secure rest assured that the SIS had a full transcript of the meeting. The marvels of GCHQ are really ‘marvels’. 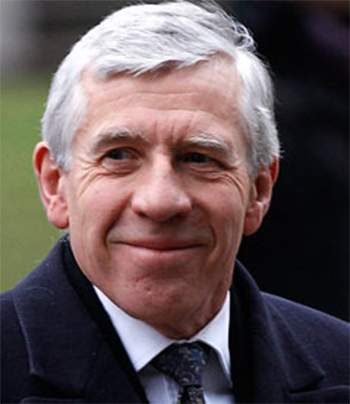 Tony Blair wanted to be involved. He wanted military action; the only problem was that to date, and even up to, 13 September 2001, no one knew against whom to attack.

On the 12 September 2001, Richard Dearlove, Eliza Manningham-Buller and Francis (Frankie) Richards the head of GCHQ flew on an old and questionable airworthy freight DC10 to Washington. Yes, the airspace was closed officially, but the US made a few exceptions.

Jack Straw had only recently been appointed Foreign Secretary and his input was more that of a lawyer than a diplomat. But then, Straw is a lawyer by profession. He wanted too just stay parallel to the US not to ever ‘get ahead.’ 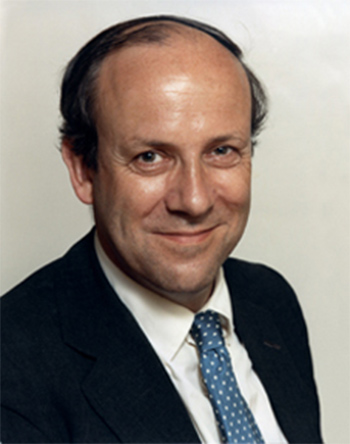 Blair called Bush, who warned Blair that any plane coming into the US ‘could have an inadvertent problem, Tony.’  Blair replied: ‘Responsibility is mine if there are any mishaps.’ The plane took off without any prior clearance from the United States and, none of the three or the crew was aware, at that time, of the conversation between Blair and Bush. Days later, when the transcript was played to Dearlove, between Bush and Blair, it was a furious Dearlove who called Blair a ‘lying bastard.’  The three, and a few of the others on that plane remained silent. 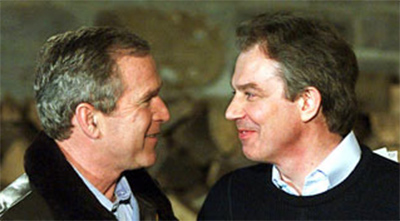 Flying down the eastern coast gazing out of the window, all in silence one could see the burning rubble of the Twin Towers or TT as they were to be known. 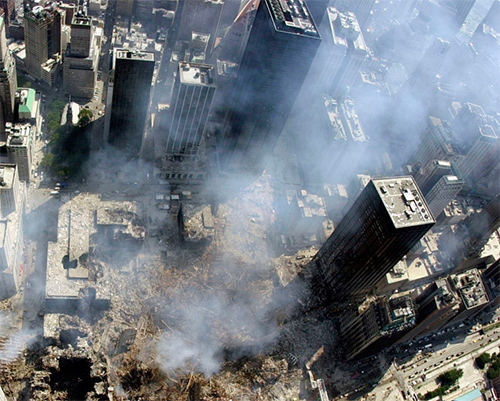 Luckily, there were no mishaps and landing at Andrews Air Force Base on a clapped out DC10, with no markings there was a motorcade that carried all to the CIA HQ at Langley.

George Tenet, the CIA Director was, normally, what I’d call a ‘happy man,’ whose glass was more half full, than half empty. He was there that day in person to greet all and he wanted to have a ‘bite to eat’ in his private dining room. Why? Because that room is swept for spying bugs, three times a day.

However, that day there were too many to fit in so, the meeting took place in one of the executive rooms, where the conversation was in hushed silence. The room was a lovely blue and tables in white. It was a late-night dinner, and you would not believe it was silver service. 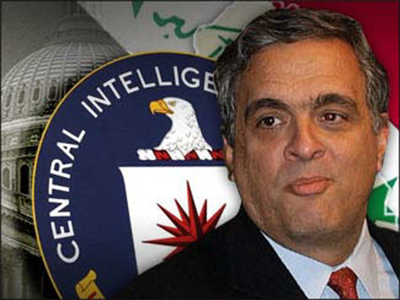 The Americans tried their best, but they were so tired that nothing they said made sense. It was Dearlove who told Tenet what Tony Blair had said, and he would repeat, that the UK would stand ‘by the United States in their hour of need.’ Later I asked Dearlove why he used the word ‘stand by’ and not ‘stand with.’ He didn’t agree with what Blair was doing and, so, he used the phrase that ‘one-day history will say I said we would stand by, not with.’ Clever!

There was no evidence that Osama Bin Laden was involved at that time and, absolutely no evidence that any government was behind whoever was responsible. But Dearlove knew the agenda and like many in the SIS did not agree because he knew it would mean lives lost, adopting a policy that was based on false information.

Anyway, one of the great things about the SIS is that when a Nation is in trouble, its operatives stay at the Four Seasons Hotel in Washington at $1,000 per night – plus tips all paid for by the British Embassy, first, but the taxpayer in reality.

That night a CIA operative told one of the SIS officers that ‘perhaps MI6 can be the link up with other European Intelligence Agencies.’ The thinking was to give MI6 a lead role. 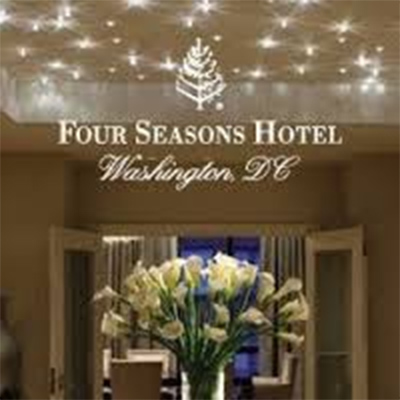 That night what went unnoticed, but not by me, was one of the guests in the lobby at the Four Seasons Hotel – Mahmood Ahmed the head of Pakistani ISIS who looked terrified, I mentioned this to Dearlove later but, he just shrugged. 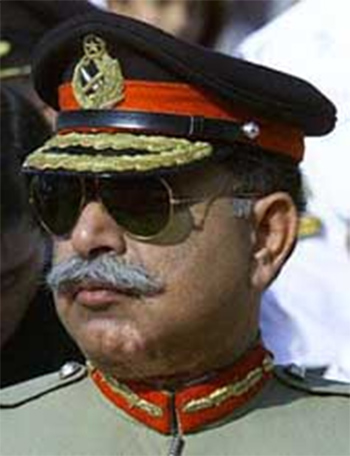 On the flight back guess who hitched a lift? None other than John Major and a few other members of parliament, all in the US, at the taxpayers’ expense. Major never recognized any of the triumvirates which just goes to show how secret the ‘secret service’ really is. One of the people that was not given a lift was Sarah Ferguson, the Duchess of York. I was looking forward to drinking water by the champagne glass with her, but the snobs, in front, refused to accept her. That is the part I hated about the SIS – bloody snobs! 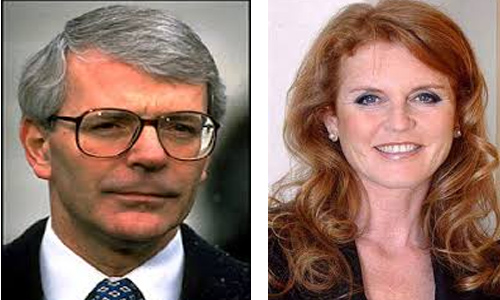 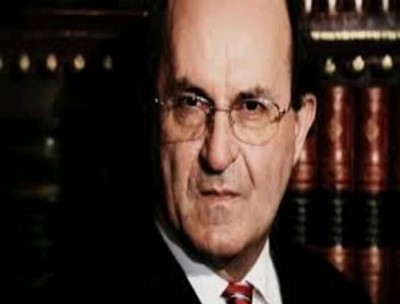 Giovanni Di Stefano is known as the (Devil’s Advocate)