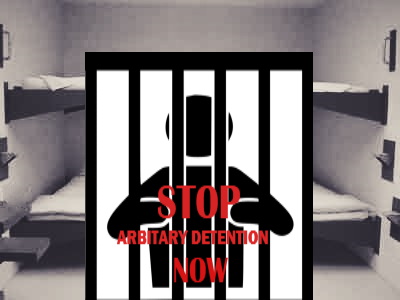 Lawyers for Giovanni di Stefano currently arbitrarily detained on politically motivated allegations have filed an urgent application with the United Nations for an “urgent intervention” which could lead to Mr Di Stefanos immediate release. 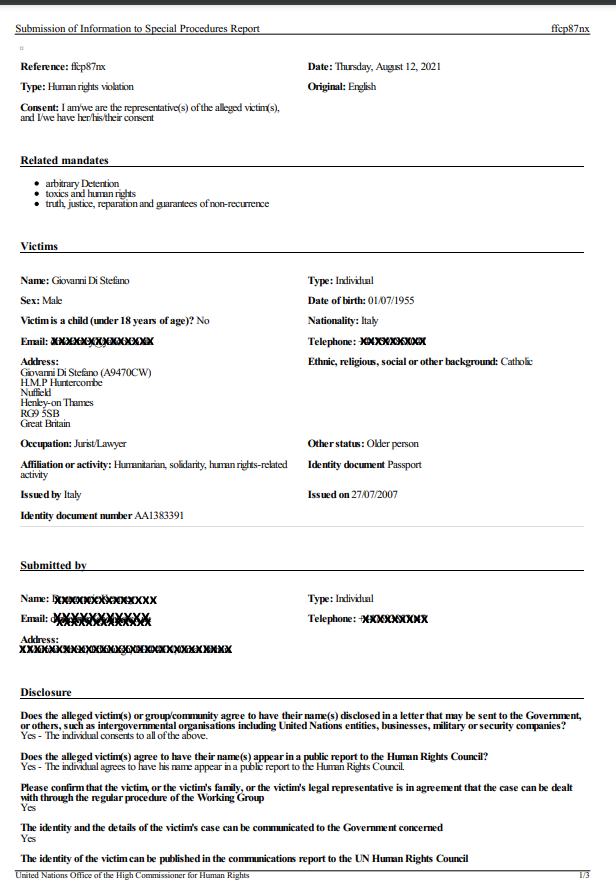 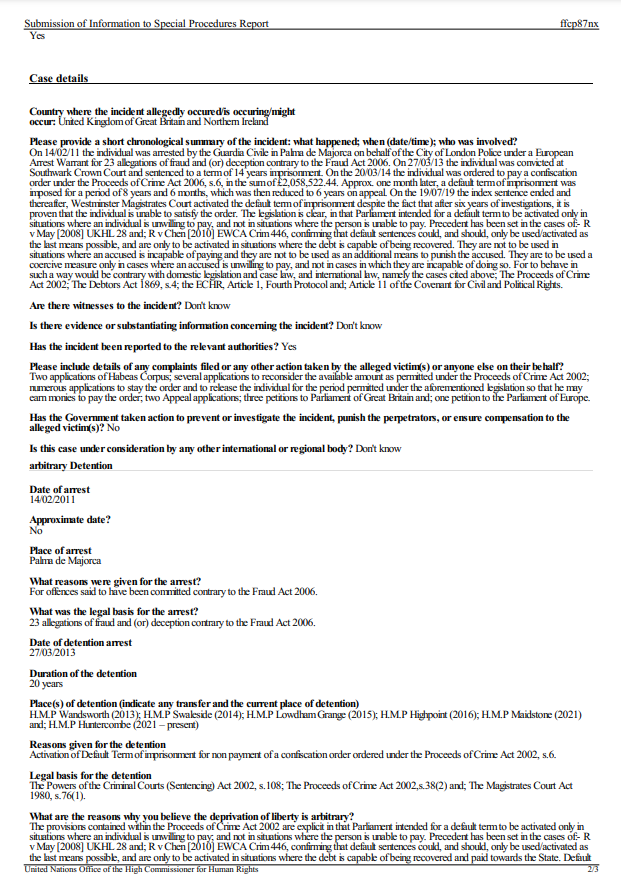 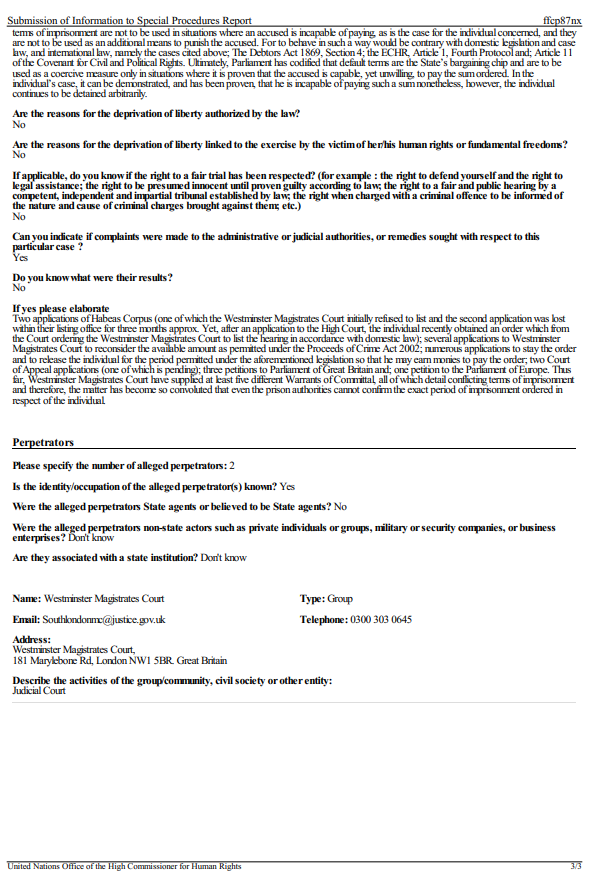 “The policy of the UK targeting foreign national detainees imposing court fines and confiscation orders knowing they cannot pay as opposed to refusing to pay, is on the increase,” said Di Stefano

A source at the UKs prison service said, “that there is a “substantial and worrying trend” in the courts imposing fines and confiscation orders on foreign national prisoners thus “augmenting the index sentence and creating mass overcrowding in jails.” 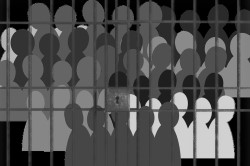 A further source at the Home Office who are responsible for deporting foreign criminals at the end of their sentence said, “that even the Home Secretary Priti Patel has raised “serious concerns at cabinet level” at her ability to deport foreign criminals on a timely basis, because the government operated the policy of not offering reduction in sentence to foreign criminals who are subject to fines, confiscation orders, and default sentence.

The source at the Home Office said, “we know that 99% of foreign criminals cannot pay which just clogs our jails and our ability to remove them. When we do the absurd fact is, that little to no further enforcement action can be taken, meaning all that was achieved was a longer prison sentence.”

A former governor at a London jail housing foreign criminals said that: “time and time again I told the MOJ and Home Office that if they know a foreign criminal cannot pay, then any detention becomes illegal, but they just blame the judiciary, the Home Secretary, the Secretary of State for Justice and, in fact, anyone they can think of.” 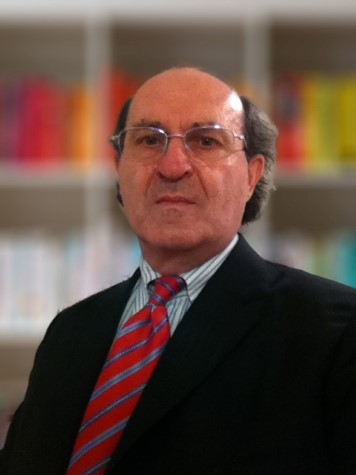 Mr Di Stefano said that: “In a unit holding 60 foreign nationals, on average there are at least between five to ten men who are civil detainees serving default sentences, none of which can pay, and the courts have never enquired into their means as they are duty bound under the Magistrates Court Act 1980 section 82 leaving them in arbitrary detention”

A further source at the DATA Compliance Office at the Ministry of Justice said that here are: “hundreds of mostly foreign nationals on default sentences all of which we suspect – if not known – cannot pay but we are not allowed even to send an email on the subject and offer no disclosures.”

Lawyers for Di Stefano who filed the “urgent intervention,” said that the momentum for this human rights scandal of the UK promoting arbitrary detention has now reached even the United Nations. 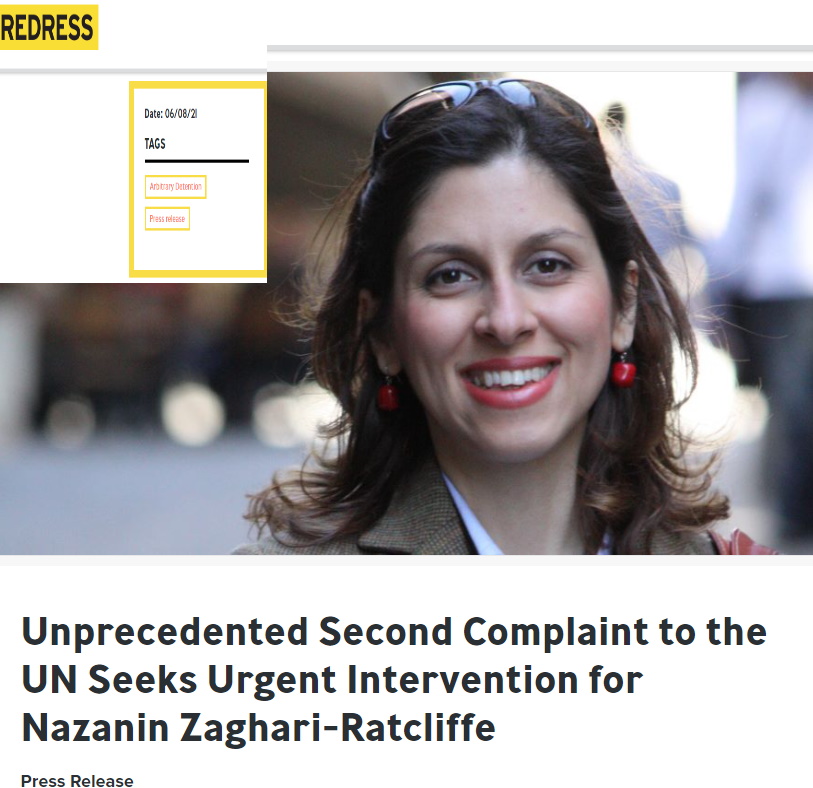 Di Stefano said: “How can the government criticise Iran for arbitrarily detaining Nazanin Zaghari Ratcliffe when the UK houses hundreds of foreign nationals in their jails in similar circumstances all subject to arbitrary detention?” 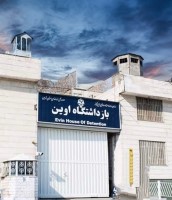 Di Stefano added: “Iran released nearly all the detainees from the notorious EVIN prison during Covid while this country released next to no one. Before the UK go preaching anti-arbitrary detention, they need to clean their house up first.”

The Secretary of State has the power under the Criminal Justice Act 2003 to release all civil detainees.

A spokesman at the MOJ declined to comment as there was an “active investigation into this matter.” They added “this ongoing investigation is specifically regarding the removal of foreign nationals who are civil detainees:”

In a developing twist the Guardian newspaper reported of a disproportionate targeting of convicted Jamaicans and Albanians for deportation from the UK. Award winning investigative reporter Peter Walker, for the Guardian, highlighted the apparent deliberate targeting of Jamaicans and Albanians over other foreign nationals. For nearly a year the Home Office refused to supply the Guardian with the DATA, but the Guardian insisted and appealed to the Information Commissioner who in a scathing decision ruled against the Home Office leading the disclosure and further scandal.

In another incredible twist two civil detainees in a similar position to Di Stefano filed applications for Habeas Corpus with the High Court on the 26 July 2021 for arbitrary detention. The family of the detainees that we name only by their initials HK and MC were told that the papers where “lost”. A second set of papers were also lost, and a third set, not withstanding, having a tracking number appeared at the High Court and vanished. The Ministry of Justice and the Press Office for the High Court declined to comment.