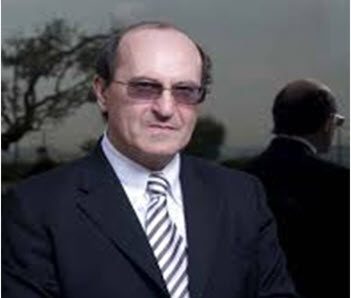 On the 27 March 2013 after a two-month trial at Southwark Crown Court before HHJ McCreath and the jury, a verdict of guilty was returned on a number of counts involving a violation of the fraud act, and abuse of position.

On the 28 March 2013 HHJ McCreath sentenced me to a manifestly excessive term of 14 years imprisonment. The sentence was based upon a false PNC (which was subsequently erased from the police national computer in April 2014) and the failing of HHJ McCreath in conducting a fair trial specifically prohibiting me in providing evidence of my professional status.

Of the 12 members of the jury two members were serving police officers and two members (subsequently came to light) were serving employees of the Secret Intelligence Services. I was aware that one member was potentially a member of the SIS but was not aware of a further employee of SIS sitting on my jury.

In the middle of the trial a member of the Secret Intelligence Service attended Court at the end of that day to see the Judge in private and deliver to him a letter from the Director of SIS.

On the 22 November 2013 I attended a confiscation hearing under POCA 2002 and was subject to examination-in-chief, and cross examined on a number of issues involving events that had taken place during the trial.

At no stage during those proceedings was I ever questioned about financial transactions between myself, my law firm, and John ´Goldfinger’ Palmer, regrettably, now deceased.

Both the Crown and the Judge had ample opportunity to ask me any questions surrounding my representation and remuneration with John ‘Goldfinger’ Palmer. At the end of the hearing HHJ McCreath told the prison officer from HMP Wandsworth to write in my file that he would deliver a judgement before Christmas 2013.

To be repatriated it was necessary for the Home Secretary who was then Theresa May MP to authorise my deportation. A deportation order was signed, I did not contest it as was my right and it was eventually served on me at HMP Wandsworth.

In January 2014 in accordance with the EC directive involving repatriation between EU states I should have been transferred to Larino Prison within 30 days,

The British Government renegaded on their international obligations and refused to send me to Italy where ironically, I would have served more time than in the United Kingdom.

On the 22 March 2014 catching everybody by surprise and after HHJ McCreath was pressurised, he handed down a confiscation order of some two million pounds or eight and a half years in prison in default.

At this time, I was still under the impression that once that default sentence was activated the British Government would send me to Italy.

This was made clear to me at the end of March 2014, at HMP Wandsworth by a member of the SIS and, as a consequence, on the 8 April 2014 I persuaded the Westminster Magistrates Court to activate the Warrant of Committal and, effectively from that moment I was serving twenty-two and a half years imprisonment (with no antecedence) which I mistakenly believed in the promise of the British Government, that I would serve in Italy.

That simply did not happen and despite no less than three letters from the Italian Government to the British Government urging my transfer, instead, I was sent to HMP Swaleside which was one of the most dangerous prisons within the estate.

A security officer their told me that the purpose of my transfer there was to be attacked, but instead of certain prisoners wishing me harm I became the best friend of justice to all of those at HMP Swaleside, carrying out more than fifty appeals against conviction/sentence with a 17% success rate and some of the cases even making Archbold.

When the British Government understood that their plan would not succeed, they moved me to HMP Highpoint, where again I undertook more than eighty criminal appeals with some considerable successes.

It came as a surprise to me that one prisoner who was subject to a count on my indictment who was at HMP Swaleside serving a life sentence, was suddenly moved to HMP Highpoint.

However, again, notwithstanding, all the forces of good overcame the forces of evil and that prisoner was subsequently moved to HMP Warren Hill, and I hope subsequently released, because although he was subject to one count on my indictment, my greatest regret is that I was unable to prove in Court of his absolute and true innocence.

Although he spoke badly about me, I made sure that his safety was always secure because he was in prison serving a life sentence and, innocent. He was as much a victim of the state as I.

In 2016 Lord Chief Justice Thomas on his own volition reduced my sentence from the confiscation hearing from eight and a half years to six years.

In 2016 I wrote to the Chief Stipendiary Magistrate (Chief District) Judge Howard Riddle asking him to review the default sentence on the basis that of the two million pound or so confiscation order, 1.3 million was compensation and some seven hundred thousand pounds confiscation.

There are no facilities for anyone to be sentenced to imprisonment for compensation, so I asked Howard Riddle to simply calculate the six-year sentence imposed by the Court of Appeal, dividing it to just less than one half.

During 2020 and 2021 there has been considerable interference and obfuscation of my case papers. On the 20th September 2021 the prison service had confirmed that there are no files available on me from the Westminster Magistrates Court, the Southwark Crown Court, the Crown Prosecution Service, the Police, in fact, there is no records of me in any official bodies.

Although, I should have been released at least two years ago, at the very worst position calculating half of 999 days and the end of my index sentence of March 2020.  My final release date should be the 3 October 2021, but that falling on a Sunday would make my release date and removal the 1 October 2021.

That request has gone unanswered, and I’m currently being held by a warrant of committal from October 2020, not supported by any single moment in judicial time and a breach of the magistrate’s act, there was no hearing in October 2020 and the courts computer system proves it, strangely the HMP facilities that have access to that court system are refusing to access it.

As stated there has been and remains political interference in my case from the beginning to end, and it will come as no surprise that even HHJ McCreath could not tolerate what he was forced to do and retired as a Judge moving his career to the parole board, a considerable demotion, especially, as he was earmarked for the High Court.

The police officer involved in my case retired a short period after the conclusion of the trial. The Crown Prosecutor was promoted to being a circuit Judge and his junior received a job offer as Director of Public Prosecution in one of the Caribbean islands.

A number of people including Dr David Thomas QC, Roger Moore (007) and many others wanted to give evidence in my favour but were refused.

What has now happened is that from being a convicted criminal the State have turned me into a victim. Being in prison the past eight and a half years I have come to realise that the British Government seek only to control people and, that the citizen is afraid of the Government.

Sadly, there are others in prison in similar circumstances to me. Until such time there is a complete review of the criminal justice system, jailing people who deserve to be jailed but freeing those who should be released on time. Until then this country will never achieve the status it once held in the World, at the top table.

It might be unpopular but, it must be said that the best decision for the European Union was when the United Kingdom exited.

I will pursue to my dying day any, and all, of whom have been involved in the obfuscation of justice in my case and bring them before a Court of law not necessarily in this country but where the rule of law applies.

After having served my sentence in full, no matter how inflated it was, even with no antecedence (I can prove that), I served the time and must be granted redemption.

My right to my freedom back is not an optional right, it is a protected right and after tomorrow if not released/removed, I start as a political prisoner of the United Kingdom.

Even saying the above requires me to repeat it, the founders of the Council of Europe, the founders of human rights have gone 180° in direction and now sponsor arbitrary detention, political detention and I guess I just can’t believe how far the United Kingdom has fallen from the rule of law.

There is much more to be said, the above points that I mention are supported by documents that I have, documents that have been provided to us by the crown and via freedom of information requests.

I do not ask anybody’s pity, I do not ask anybody’s sympathy, I only ask that I be treated humanely and offered the right to redemption. That is my right having served a very aggressive sentence, investing my time as best and productively as I could and even after being fixed up, I hold hope that eventually someone will have the courage and conviction to do the right thing.