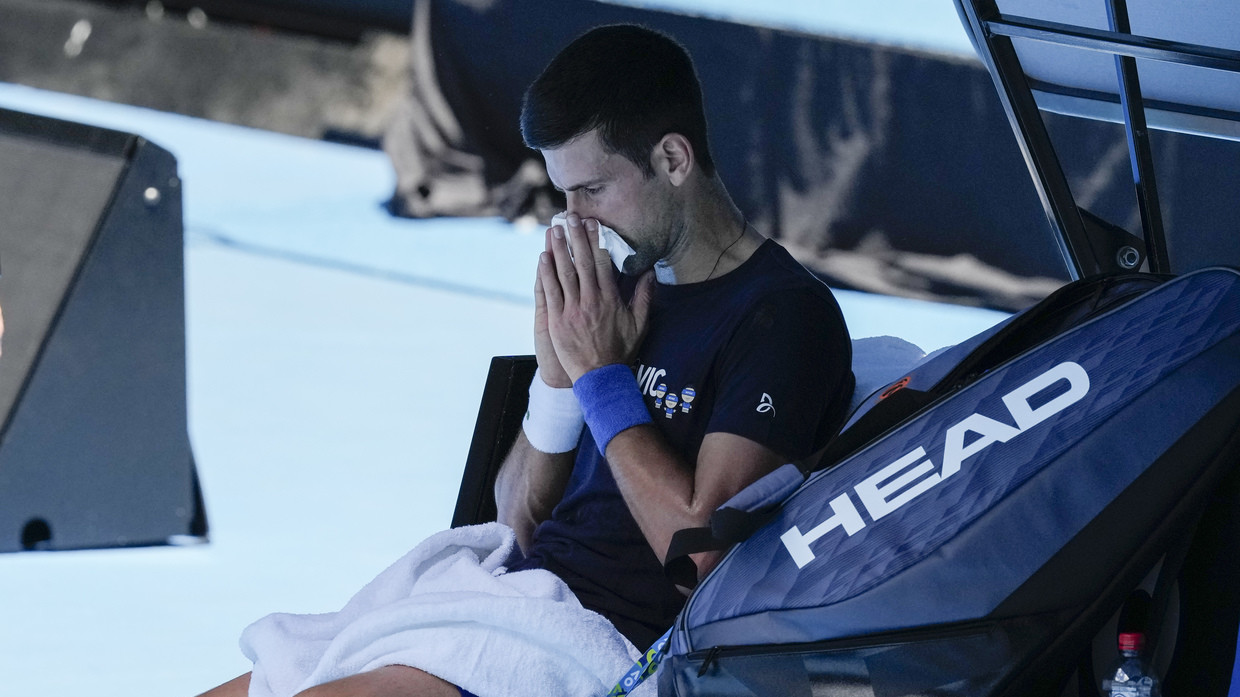 Novak Djokovic called his decision to attend an interview with a newspaper after testing positive for Covid-19 an “error of judgment,” but dismissed a separate travel declaration mix-up as an “administrative mistake.”

Despite emerging victorious from his recent legal battle with the Australian authorities after a federal court reinstated his visa, the tennis world number one is still not out of the woods. He is now being investigated by the Australia Border Force over claims he provided incorrect information on his travel declaration to enter the country.

Addressing the allegations in a statement on Wednesday, Djokovic appeared to admit that he misstated some information on his travel form, while claiming it was due to oversight and not because he intended to mislead the Australian government.

“My agent sincerely apologises for the administrative mistake in ticking the incorrect box about my previous travel before coming to Australia,” he wrote, describing the blunder as “a human error” which was “certainly not deliberate.”

“We are living in challenging times in a global pandemic and sometimes these mistakes can occur,” Djokovic went on. He added that his team had already submitted the missing information to the authorities “to clarify this matter.”

Djokovic was apparently referring to his travels prior to his much-publicized arrival in Melbourne last Wednesday. Completed by the player’s agent, the declaration stated that he had not travelled in the 14 days prior to his arrival, while it later emerged that he attended events in Serbia and trained in Spain at the end of December before coming to Australia via transit in Dubai.

Separately, Djokovic addressed rumors that he was not self-isolating after testing positive for Covid-19 in his native Serbia. The tennis ace said that he took both a rapid antigen and a PCR test on December 16, and while his rapid antigen test came back negative, he did not receive the result of his PCR test before he attended a tennis event in Belgrade on the following day, though it ultimately turned out positive.

Djokovic, however, appeared to express remorse over his decision to go to an interview and a photoshoot on December 18, a day after he found out he tested positive for the coronavirus.

Noting that his interview with French sports daily L’Equipe was a long-standing commitment, Djokovic said he “felt obliged to go ahead … as I didn’t want to let the journalist down.” He claimed that he kept distance from the reporter during the conversation, and was masked the entire time, save for the moment his picture was taken.

“On reflection, this was an error of judgment and I accept that I should have rescheduled this commitment,” he wrote.

The nine-time Australian Open champion indicated that the statement he put out on Wednesday would be his final comment on the controversy surrounding his visa debacle, adding that “it is always an honor and a privilege to play in the Australian Open.”

The Serbian star caused a full-blown diplomatic scandal between his home country and Australia after he was detained by the Australian immigration authorities, who found that the medical exemption he received from Tennis Australia was not sufficient to grant him entry and canceled his visa. Only fully vaccinated non-Australian citizens or those who receive a medical exemption can enter the country under Canberra’s strict pandemic policy. Djokovic, who has long been opposed to Covid-19 vaccine mandates, successfully appealed his visa cancelation on Monday, and is currently training in hopes of playing at the Australian Open, set to kick off next Monday.