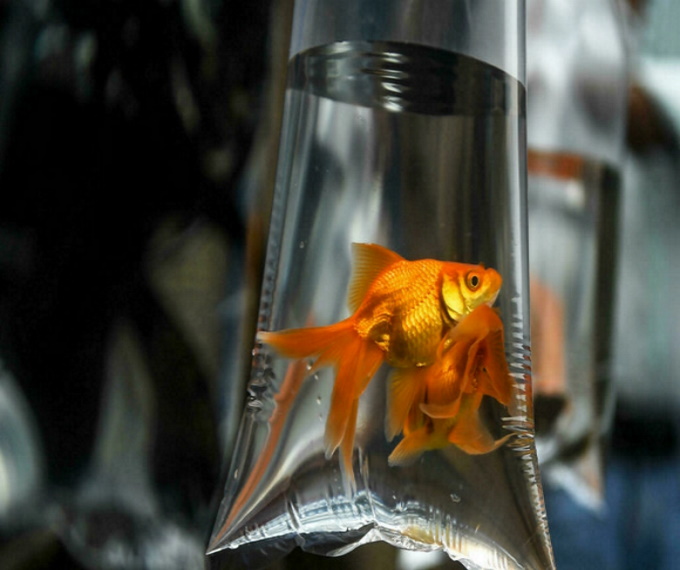 Researchers at Ben-Gurion University of the Negev found that a goldfish’s innate navigational abilities allowed it to steer a robotic vehicle towards a terrestrial target if given a food reward.

To conduct their unusual experiment, the team placed a fish tank on a set of motorised wheels.

A camera system then recorded the fish’s movements in the water and translated it into navigational directions — effectively moving the contraption in the direction where the fish bumped up against the glass.

In a video released by the university, the fish can be seen “driving” the vehicle toward a visual target, a colourful mark on the wall of the experiment room, visible through the clear sides of the tank.

When the fish steered the vehicle to the mark, it received a food reward.

“After a few days of training, the fish navigated to the target,” the university team said in a press release.

“Moreover, they were able to do so even if they were interrupted in the middle by hitting a wall and they were not fooled by false targets placed by the researchers.”

The peer-reviewed research, published in the Behavioural Brain Research journal, “hints that navigational ability is universal rather than specific to the environment,” said Shachar Givon, a PhD student at the university’s Life Sciences department who worked on the experiment.