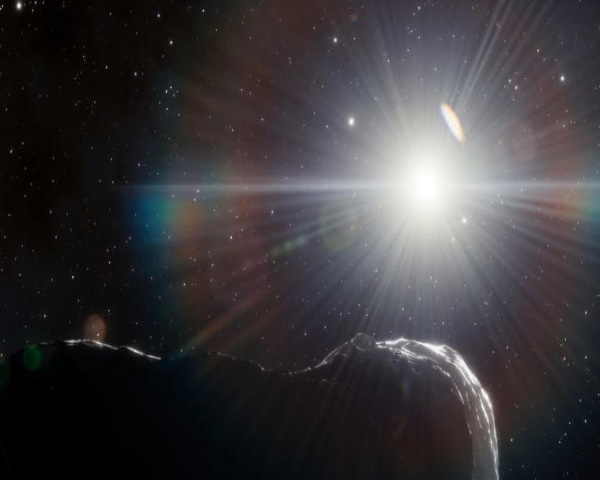 Astronomers took advantage of low light at the end of the day to discover three near-Earth asteroids (NEAs), including one nearly a mile (1.5 kilometers) wide, lurking in the blinding light of our own sun.

Scientists found the ominous space rocks in observations made at twilight using the Dark Energy Camera at NOIRLab’s Cerro Tololo Inter-American Observatory in Chile. The trio is led by 2022 AP7, roughly the size of the US Pentagon that has an orbit that may put it in Earth’s path one day in the future.

“Our twilight survey is scouring the area within the orbits of Earth and Venus for asteroids,” Scott S. Sheppard, from the Carnegie Institution for Science, said in a statement. “So far we have found two large near-Earth asteroids that are about 1 kilometer across, a size that we call planet killers.”

Sheppard is also lead author on a paper published in the Astronomical Journal that describes the discovery of 2022 AP7 as well as asteroids 2021 LJ4 and 2021 PH27, which are the size of the US Capitol building and Golden Gate Bridge, respectively. Unlike the biggest of the three, the latter pair aren’t considered potentially hazardous, as their orbits keep them safely out of our planet’s path.

Astronomers have discovered and catalogued thousands of near-Earth asteroids over the decades, but humanity still has some blind spots, notably asteroids that roam close to the sun from our vantage point on Earth. The meteor that unexpectedly exploded over Russia in 2013 came from a previously undiscovered asteroid that came from behind the sun, taking astronomers by surprise.

So, finding these asteroids is a welcome development to those concerned with planetary protection. Not only is 2022 AP7 the largest potentially hazardous asteroid discovered in the past eight years, but 2021 PH27 is also the closest known asteroid to the sun.

“There are likely only a few NEAs with similar sizes left to find, and these large undiscovered asteroids likely have orbits that keep them interior to the orbits of Earth and Venus most of the time,” Sheppard said. “Only about 25 asteroids with orbits completely within Earth’s orbit have been discovered to date because of the difficulty of observing near the glare of the sun.”

While these newfound asteroids would be big enough to be catastrophic should they collide with a planet, there’s currently no predicted close approaches between any of them and Earth in the foreseeable future.