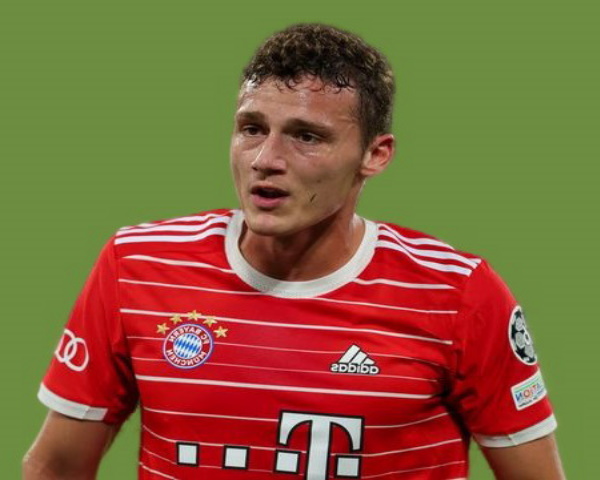 Bayern Munich defender Benjamin Pavard could be on the lookout for a new club in January, with the French international said to be unhappy with his situation at the Bundesliga club.

Pavard was linked with a summer move to Manchester United following Erik ten Hag’s appointment as the Dutchman sought a new right-back at Old Trafford. He was one of the names mentioned, along with compatriot Jonathan Clauss. While Clauss joined Marseille, Pavard stayed put, and Ten Hag was stuck with Diogo Dalot and Aaron Wan-Bissaka as his right-back options.

Now, though, the World Cup winner has lost his place at the Allianz Arena, and it’s one of Ten Hag’s former Ajax charges who is responsible; Noussair Mazraoui has started ahead of Pavard in recent weeks, potentially opening the door for a January move.

According to Sky Sport in Germany and Sport1, Pavard is not pleased about being left out for Bayern’s last two matches. Mazraoui started the 3-0 Champions League win at Barcelona and kept his place as Julian Nagelsmann’s side beat Mainz 6-2 in the Bundesliga.

Pavard also featured in the two games, coming off the bench to slot in at centre-back. However, any hopes of the former Stuttgart man earning regular minutes in the middle have been dealt a blow with the form of Dayot Upamecano and summer signing Matthijs de Ligt.

The 26-year-old is out of contract in 2024, with Bayern reportedly “unlikely” to extend his deal on its current terms and apparently willing to entertain offers in January – so as not to run the risk of losing Pavard for nothing when his contract expires. Ten Hag is believed to be a fan and a potential move in 2023 could well be on the cards, as he seeks to improve his right-back options.

Dalot has been a regular starter on the right side of United’s defence, and the Portuguese youngster impressed in Sunday’s victory over West Ham United. The result, which also owed a lot to the saves of goalkeeper David de Gea, saw Ten Hag’s team end the weekend just one point outside the top four with a game in hand on Newcastle and Tottenham above them.

“It’s a little bit too quick [to say Man Utd are back], Ten Hag said after the 1-0 win. “Second half I have to be critical, we have to manage things better.

“The spirit is fabulous, we have the qualities to score goals, attacking football, the effectiveness we need to improve that. If we keep going we’re in the right direction but to track them we have a long way to go.”

United have just four games to go before the Premier League breaks for the World Cup, with league and EFL Cup meetings with Aston Villa sandwiched by games against Real Sociedad and Fulham. They will return to action in late December with two further league matches – against Nottingham Forest and Wolves – before the January transfer window opens.